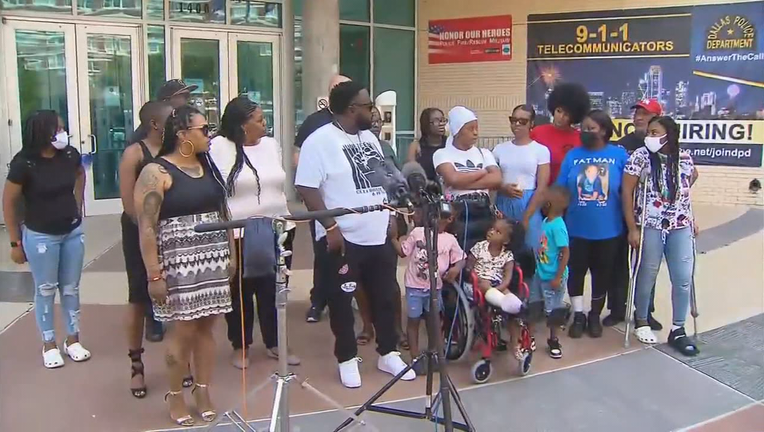 Several families spoke outside the building to share how they have been affected by violence.

Roniesha Conway says her four-year-old daughter Jayda Barber was shot near their apartment playground less than a week ago in southeast Dallas. The young girl attended the news conference in a wheelchair and a cast.

Conway says her daughter has not been the same since that day.

"She’s traumatized, she is having like night terrors and it’s just its crazy and it’s hard and I’ve got to hear her every night moving and just traumatized by what happened," she said.

DPD is still looking for information on the suspected shooter -- a woman driving a Black Kia Optima with paper dealer tags.