There were lots of police, but the pro-Trump protest at Twitter is a bust. Elissa Harrington reports

Only a few protesters, and even a few more counter-protesters, showed up. An hour into it, basically media and police were the only ones there. One man with a sign that read, "Counter Trump's Coup," stood outside a police barricade. Another man held a sign that read "Impeach! Remove today!"

Police were out in large numbers. Barricades were raised, and officers would not allow vehicles to stop or park near the building. 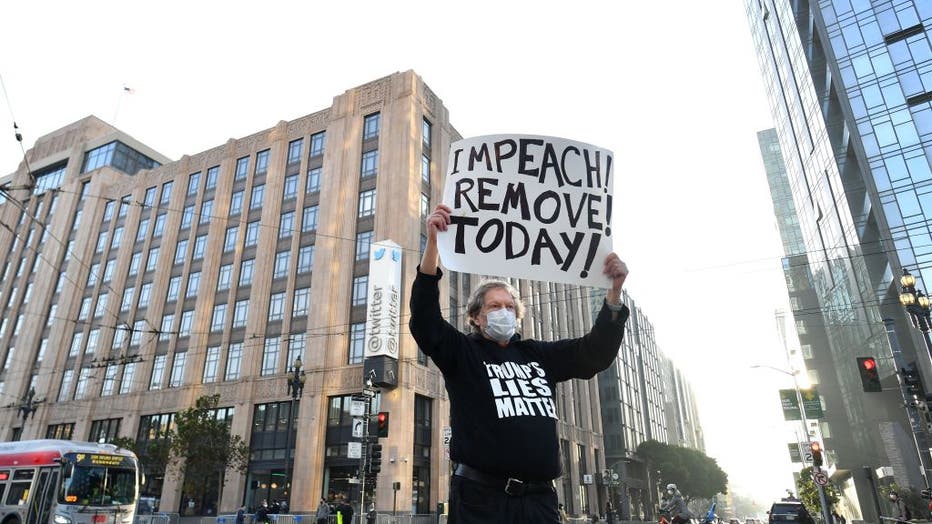 Protester Kenneth Lundgreen holds up a sign calling for the impeachment of President Donald Trump as police put together barricades outside Twitter corporate headquarters in San Francisco, California on January 11, 2021. - Twitter suspended President

"It’s a controversial decision and one that I don’t think they took very lightly," said tech analyst Larry Magid. Magid is also the CEO of ConnectSafely.org. He called Wednesday’s riot at the Capitol a turning point, when online posts turned to real-world violence .

"People were using Twitter to advocate and actually organize this insurrection," said Magid.

While some Republicans and Trump supporters argue the President’s removal from mainstream social media sites violates free speech, Magid said as a private company, Twitter has the right to ban any speech it wants.

"I know for years they decided to allow Trump to post even when he did cross the line because he was the President of the United States," said Magid. "But when Trump is posting things they feel is leading to violence that is a line Twitter is unwilling to allow to be crossed." 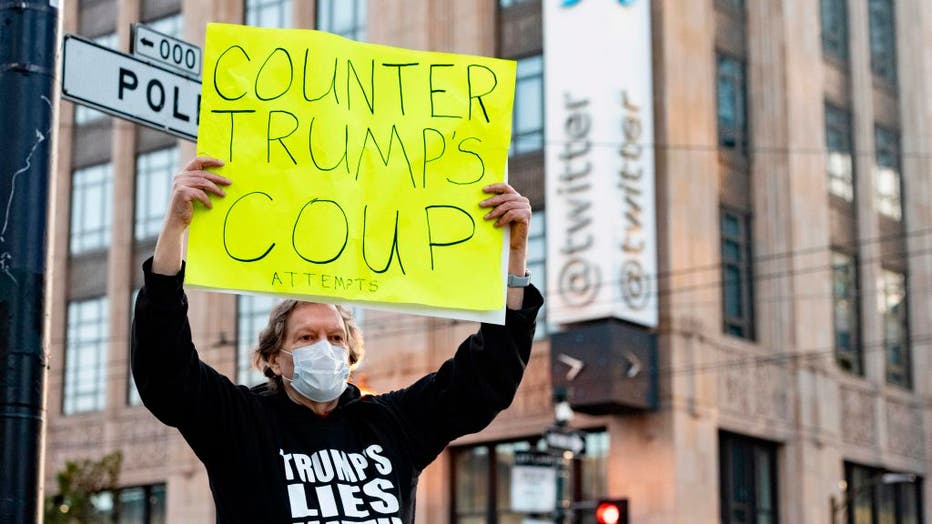 Protester Kenneth Lundgreen holds up a sign calling for the impeachment of US President Donald Trump as police put together barricades outside Twitter corporate headquarters in San Francisco, California on January 11, 2021. - Twitter suspended Presid