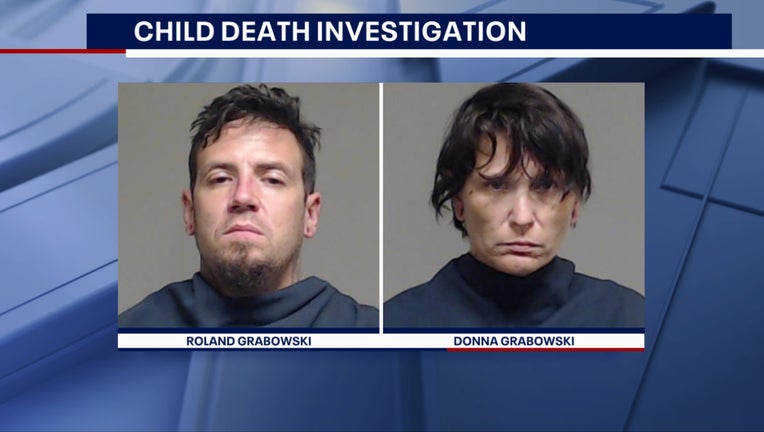 PRINCETON, Texas - A Collin County couple is accused of disposing of their infant child's body in a bucket of tar.

Authorities say a relative called 911 on Saturday with concerns about a baby's welfare.

After deputies went to the Princeton home of Roland and Donna Grabowski, they say neither parent could show them the child, whose name was Micah.

The parents initially declined to cooperate with investigators.

After a search warrant was obtained, deputies found Micah’s remains in a bucket of tar in a shed behind the home.

According to arrest records, Roland Grabowski later told authorities after his arrest that the child died from sudden infant death syndrome around July 29.

The medical examiner is investigating Micah's cause of death.

Roland and Donna Grabowski are charged with child abandonment and abuse of a corpse. They are both expected to face additional felony charges.