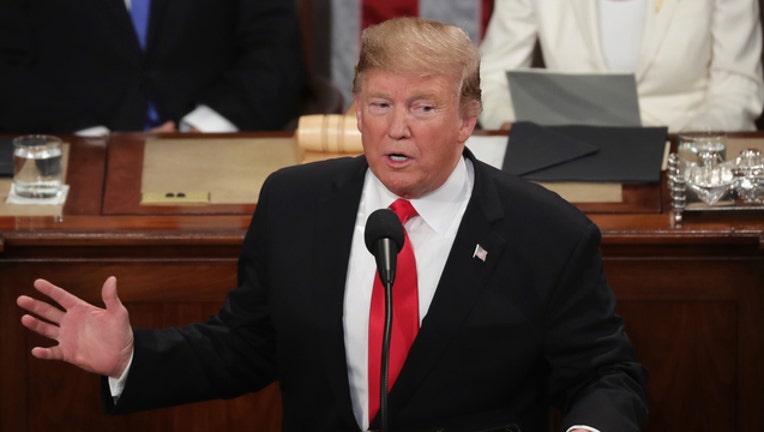 "Let us work together to build a culture that cherishes innocent life. And let us reaffirm a fundamental truth: all children -- born and unborn -- are made in the holy image of God," said Trump.

Before President Trump made the request in his speech, he mentioned recent controversies in Virginia related to abortion, claiming the state's governor, Ralph Northam, stated that he would execute a baby after birth.

According to reports by the Associated Press, controversies have erupted in Virginia over a push by the state's Democratic lawmakers to loosen restrictions on late-term abortions. Gov. Northam to the controversy by describing a hypothetical situation in a radio interview where an infant who is severely deformed or unable to survive after birth could be left to die. That prompted accusations from prominent Republicans that he supports infanticide.

Democrats said their views were being deliberately mischaracterized by the GOP for political gain.

“Republicans in Virginia and across the country are trying to play politics with women’s health, and that is exactly why these decisions belong between a woman and her physician, not legislators, most of whom are men,” Northam spokeswoman Ofirah Yheskel said in a statement.