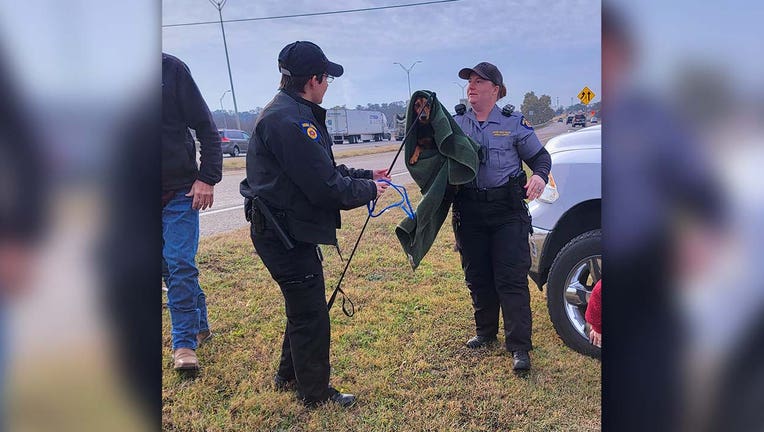 ROUND ROCK, Texas - A 10-year-old dachshund in Round Rock has been reunited with its family thanks in part to some potato chips.

The Round Rock Police Department says Smokey had been missing for a few days when they received a call about a loose dog near I-35 and US-79 on January 12.

Animal control officers arrived at the scene and, with the help of multiple people and two RRPD motorcycle officers, they were able to corral Smokey. But it took a person giving up her bag of potato chips to lure Smokey out from under a parked car and allow officers to grab him.