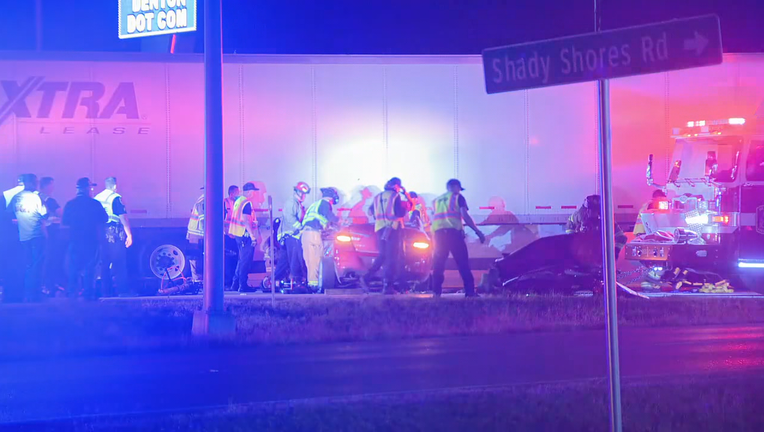 DENTON, Texas - Part of I-35 in Denton was closed for a time early Sunday morning after a major crash involving an 18-wheeler and a small car.

Denton police shut down the northbound lanes on the interstate, near Post Oak Drive, for over an hour after the crash happened just after 3:15 a.m.

Crews arrived to find a car that was stuck underneath the trailer of an 18-wheeler.

Firefighters had used special equipment to pull the car from under the truck. The driver of the car was also trapped inside the vehicle.

She was able to be extricated, and police said she had only minor injuries.

Police said they don't believe alcohol was a factor in this crash.