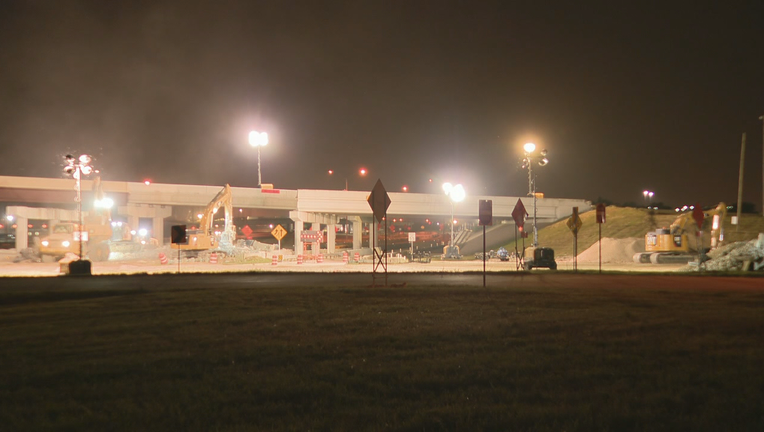 GRAPEVINE, Texas - A major construction project in Grapevine is complete, but work crews still need to take care of one big part of it.

Both the north and southbound lanes of 121 will be closed in Grapevine all weekend long.

That's because crews are demolishing the overpass on FM 2499.

The closure is scheduled between 635 and the FM 2499 interchange, specifically, that interchange of 2499 that's going to be torn down, only to be rebuilt as part of that expansion work that's going on.

On the southbound side, there's going to be a detour set up to the service road that will ultimately take you down past the mall.

On the northbound side, the 114 ramps to go to northbound 121 will actually be detoured to the Bass Pro exit.

The most complex detour that will be happening over the weekend will be folks using the Grapevine Highway that want to ultimately go north up to Lewisville. Because drivers will have to make a U-turn, go back down to Bass Pro, only to then go back and merge with all that northbound service road traffic that will be jammed up all weekend long.

Closures are expected to end Monday at 6 a.m., but could end early if the work if finished early.

The work being done is part of the $371 million interchange project, which crews say will increase capacity and connectivity between 635, Highways 121 and 26, along with FM 2499.