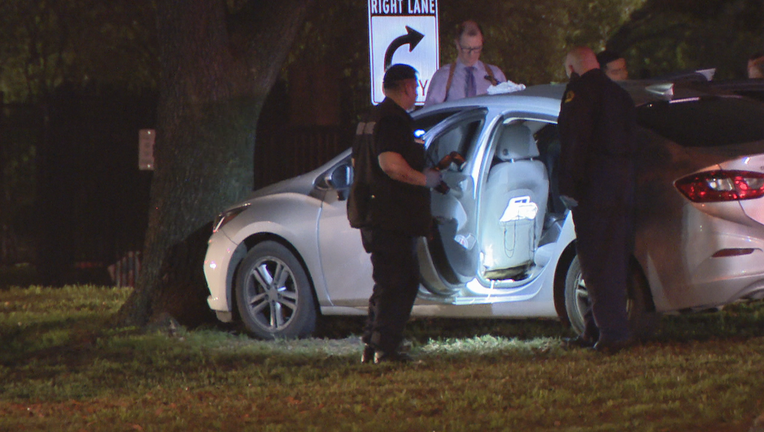 DALLAS - Dallas police found a woman shot to death inside a wrecked out car overnight.

It happened around 2 a.m. Wednesday. The woman’s car hit a tree across the street from Fair Park.

Police believe she and another woman were involved in an altercation in northeast Dallas.

Witnesses who were passengers in the car said the other woman following them and fired shots at them from a black Dodge Charger with a paper plate.

The driver of the car was pronounced dead at the scene. Her name has not yet been released.

One of the passengers was also grazed in the leg by a bullet.

Dallas police are still looking for the suspected killer.