Information about the incidents was posted on Birdville ISD’s Facebook page. Police said the school was going to inform parents by email. Some parents FOX 4 spoke to say they were just learning what had happened.

In less than 24 hours, Haltom City police say two teenage girls were targeted by a man on their way to Haltom High School. One says the man exposed himself. The other says he grabbed her chest.

Police say the first encounter happened about a mile away from the high school. A 17-year-old girl was walking on Haltom Road Wednesday morning when she noticed a man at an intersection. She says they exchanged hellos and she continued to walk. But then she saw him again near this brick wall performing a lewd act. She reported the incident to a school resource officer once she made it to campus.

The second incident happened Thursday morning. A 16-year-old girl was walking to school from Buffalo Ridge Park near the campus. She says a man ran up, grabbed her chest and ran off.

Police say both teens gave similar descriptions of the person who targeted them: a white man in his early 20s with brown hair. 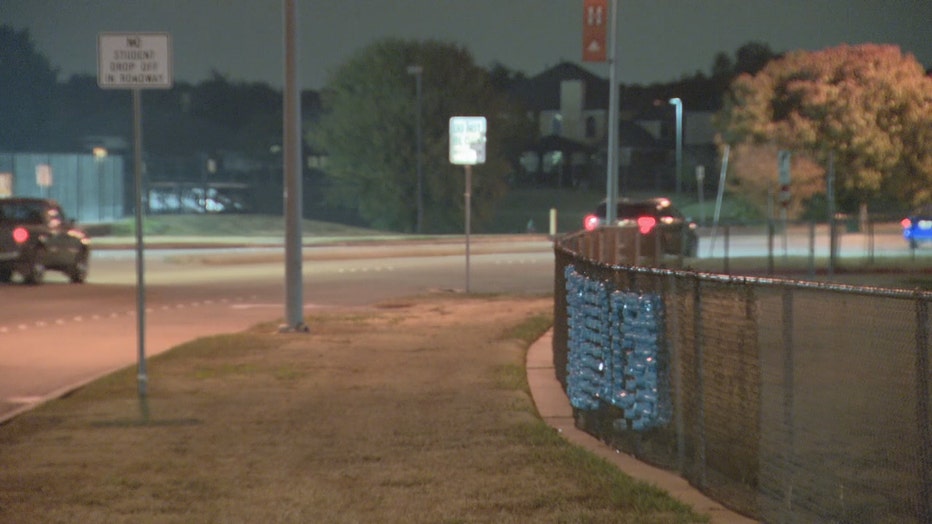 Mother of four, Latasha Banks, says hearing about two incidents so close to the school means it’s time to remind students to be alert.

Police say there is surveillance video from Thursday’s incident, but the camera was so far away to see what was happening. Police weren’t able to see the man’s face.

Investigators are asking anyone with information to contact Haltom City Police Department.