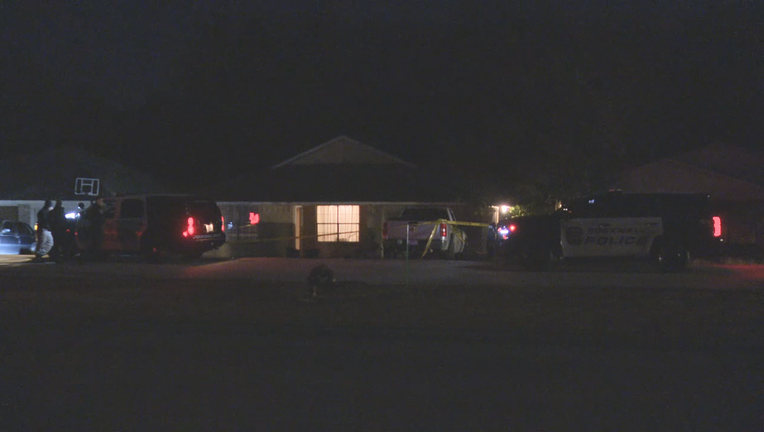 ROCKWALL, Texas - Rockwall police and the Texas Rangers are investigating after an officer was injured when police said a suspect shot himself and the bullet hit a police sergeant’s ballistic vest Friday night.

This happened just before 11:15 p.m., when Rockwall PD officers were called about a shooting in the 400 block of Tubbs Road.

Responding officers found a man in his 20s who had been shot.

A short time later, officers found the suspected shooter in the 600 block of Bass Road.

While they tried to take him into custody, police said a struggle ensued, and the suspect was able to get his hands on a gun. Police have not yet said if he had the gun on him, or it was an officer’s gun.

The suspect then turned the gun on himself and fired, according to police.

Police said when the bullet exited the suspect, it struck a police sergeant in the chest.

The bullet hit the sergeant’s ballistic vest, and it only resulted in minor injuries.

Officers began giving first aid to the suspect, but he was later pronounced dead after being taken to a local hospital.

The names of those involved have not yet been released as authorities continue their investigation.