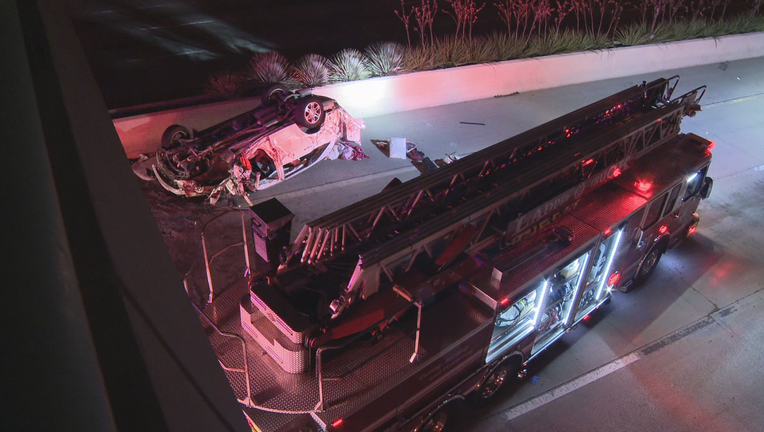 DALLAS - A man was killed when his SUV rear-ended an 18-wheeler in north Dallas Monday night.

Police said the man was speeding and weaving in and out of traffic on the Central Expressway near Park Lane around 10:30 p.m.

He lost control, rolled over several times and ran into the back of the truck.

The man in his 40s died at the scene. His name has not yet been released.