In some cases, small children have been in store when the guys with guns take over.

In some cases, small children have been in the store when the guys with guns take over.

There have been about a half dozen hold-ups over the past couple of months. There is surveillance video, but some of what is happening is hard to make out. FOX 4 has blurred portions of the video for the safety of the customers and employees. 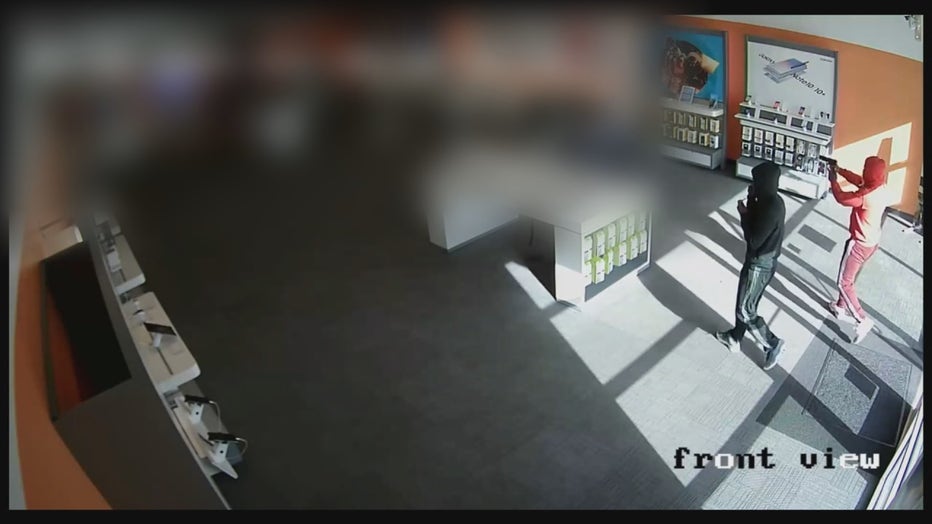 Surveillance video from an AT&T store in Euless shows two armed robbers in hoodies walk into the store with a gun pointed at customers and employees. According to the store’s district manager, the men demanded money from the safe and cell phones.

“They entered the store. A child was in there. They actually pointed a gun at one of the children in the store,” the store manager recalled. "They gathered phones. They gathered other merchandise and then they left the store.”

The video shows one child walk into the store at 9:52 a.m. Saturday along with two adults. One robber dressed in black waived a gun in the air and then ushered the family towards the back of the store.

Fort Worth police have the lead on the investigation after several AT&T and Sprint store hold-ups, including the Sprint store on Eastchase Parkway in Fort Worth.

Fort Worth Officer Tracy Carter says the two black males seen on surveillance cameras are possibly responsible for at least robberies dating back to July in Fort Worth, Euless, Arlington, Bedford, Hurst and Red Oak.

According to AT&T, the men have worn the same clothing in each armed robbery at their stores. One was dressed in black and the other was dressed in red. Police believe they are in their early to mid-20s, about 6 feet tall and have thin builds. 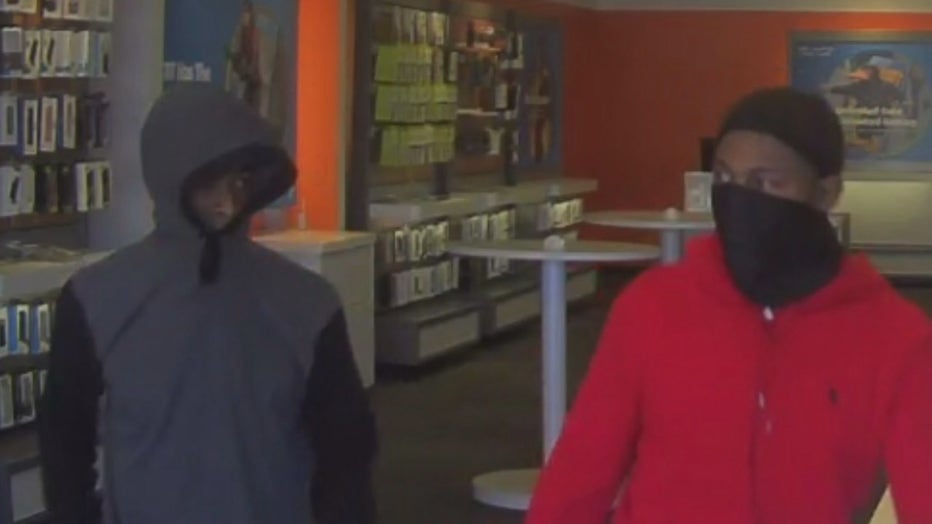 “One of the things they have taken from several of them have been cell phones,” Carter said. “They’ve taken anything that they can kind of grab.”

AT&T’s district manager estimates that the thieves have taken more than $300,00 in merchandise and cash from their stores.

“We’re just asking if anybody knows these guys or can point these guys out, please call Fort Worth PD so we can find out who they are and bring them in to be questioned,” Carter said.

Fort Worth PD is working along with Hurst and Euless police on the case. 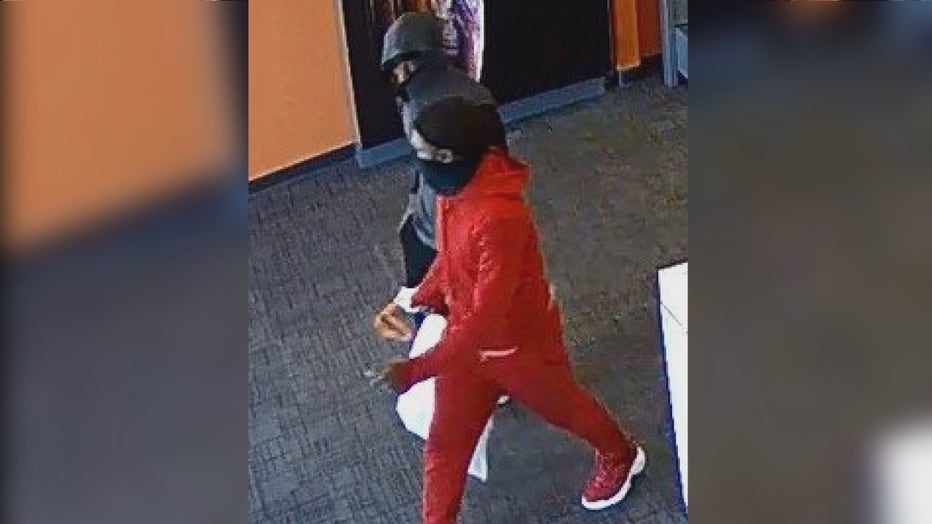