The attack happened early Thursday morning at the Watermarke Apartments. Police say the woman was brutalized and hit multiple times in the head with a handgun.

FORT WORTH, Texas - Police are looking for an armed robber who pistol-whipped a woman at a Fort Worth apartment.

The attack happened early Thursday morning at the Watermarke Apartments. Police say the woman was brutalized and hit multiple times in the head with a handgun.

19-year-old Ashtyn Turner describes a terrifying encounter in the middle of the night where she says a man hit her in the face with a handgun.

“He trapped me in between the parked cars,” she recalled. "So then he asked for me to give him my purse and my phone and so I did.”

Turner says it happened just before 3 a.m. Thursday at the Watermarke Apartments near Chisholm Trail Parkway, where her friend lives. She says they were out in the parking lot walking her friend's dogs when Turner was attacked.

“My friend didn’t hear anybody,” she recalled. “But I heard somebody running at me. And as soon as I turned around, there was a man with a gun.”

Turner says her friend was able to get away and call 911. She says she complied with the robber’s demands, but he still pistol-whipped her while demanding the security code for her phone.

“And then I finally gave him my code and then he hit me two more times and ran off,” she said. 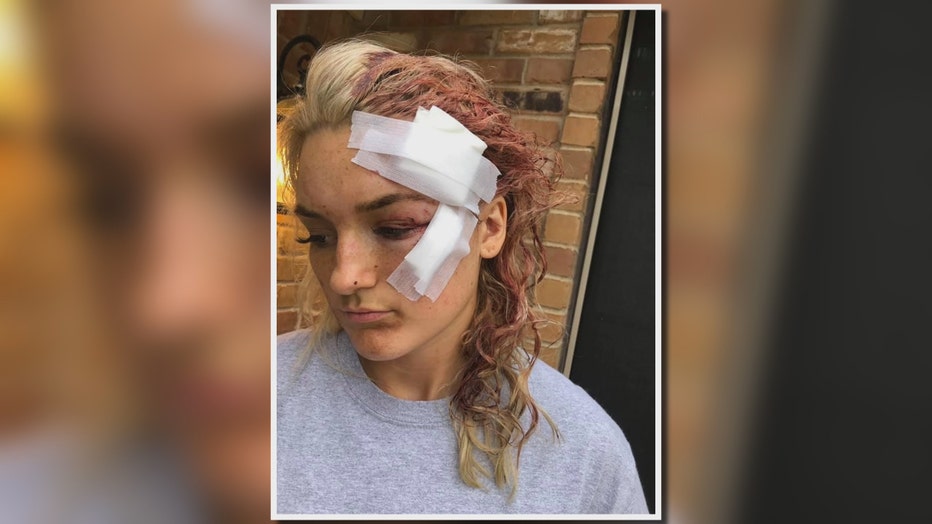 Turner said the man hopped into the passenger’s side of a car and took off with another person behind the wheel. Investigators describe the vehicle as a beat-up grey 90s Oldsmobile. They only have a vague description of the armed robber.

Turner says she blacked out after the attack but woke up and screamed for help.

“I’m just thankful that somebody was able to come outside and help us when they did because I was just worried they were gonna come back,” she said.

Fort Worth Officer Ivan Gomez says at this point detectives believe this was an isolated incident and not tied to any other robberies.

“It is very alarming that this crime was very, very violent,” Gomez said. “We want to get this individual off the street as soon as we can.”

Turner says her family is offering a $1,000 reward for any information leading to the arrest and conviction of the people involved.