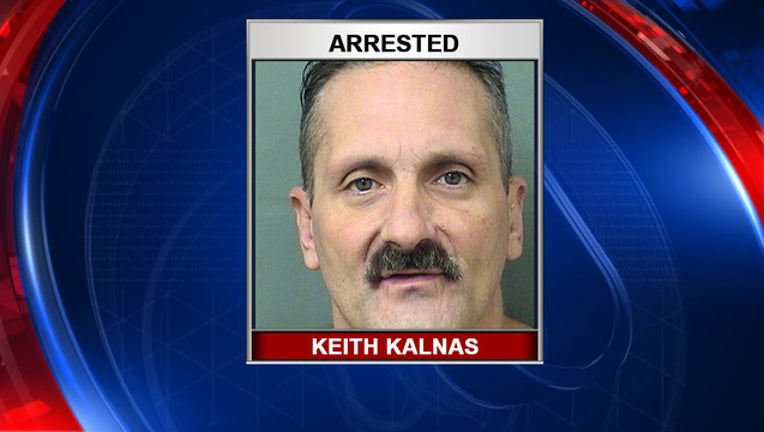 BOYNTON BEACH, Fla. (AP) - A man crept into the back seat of an SUV while the driver was returning a shopping cart in a Walmart parking lot and police say he robbed the driver when he re-entered the vehicle.

Boynton Beach, Florida, police spokeswoman Stephanie Slater said in an email that when the driver entered the Honda SUV Dec. 9, the man ordered him to go to the nearest ATM. The driver told investigators he felt a gun muzzle pressed against his side. The victim withdrew $200, handed it over and the robber walked away.

Surveillance video shared by Boyton Beach police showed the man entering the SUV as the victim walked away to return his cart.

On Wednesday, police arrested 50-year-old Keith Kalnas on charges of armed robbery and kidnapping. Records don't say whether he has a lawyer.