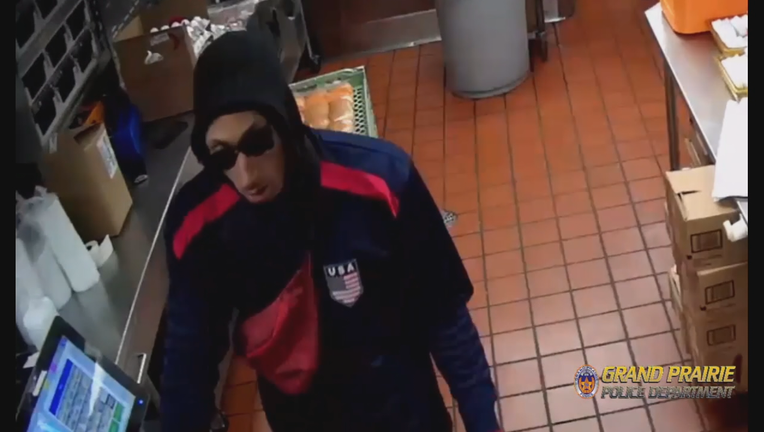 HALTOM CITY, Texas - The man who pistol-whipped a Haltom City store clerk may also be responsible for a robbery in Grand Prairie.

The Haltom City Police Department released surveillance video that shows a man walking with a gun through a Whataburger in Grand Prairie.

They think he’s the same “hooded coward” who robbed a Dollar General in Haltom City on Jan. 16.  He pistol-whipped the store clerk even though the clerk complied with all his demands, police said.

The suspect is described as a light-skinned black male with a thin build and “manscaped eyebrows.” He was wearing a USA Soccer hoodie and sunglasses.

In the Grand Prairie case, he also had an accomplice who has darker skin and a heavier build. He wore a navy blue Gap hoodie.

Anyone with information is asked to contact Det. Joe Trevino at jtrevino@haltomcitytx.com.

Grand Prairie Crime Stoppers is also offering a reward of up to $2,500 for information that leads to an arrest. Tipsters should call 972-988-8477.