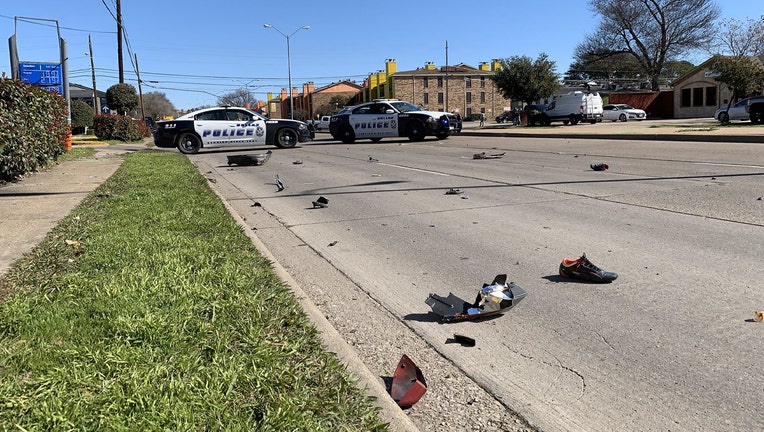 The crash happened just after 10:30 a.m., along Webb Chapel Extension, near Timberline Drive.

Witnesses initially said a vehicle went over a curb as the driver tried to avoid hitting another vehicle, and that vehicle struck a man who was walking along the sidewalk.

The driver of the vehicle involved remained at the scene.