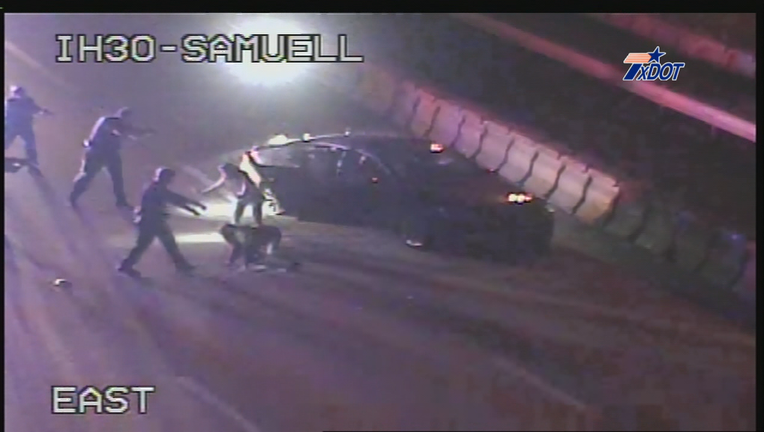 DALLAS - A police chase in East Dallas ended with a crash and four people in custody.

The driver ultimately lost control and crashed on Interstate 30 near Ferguson Road.

All four people in the car were taken into custody. It is not clear if they will all face charges.

Police said the car had been reported stolen during a robbery.

The freeway was closed but has since reopened.