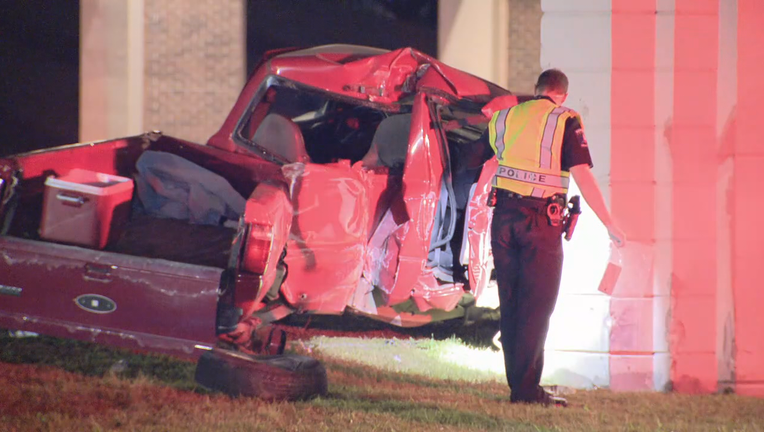 The crash happened at about midnight, as a red pickup truck was eastbound on Highway 80.

Investigators found the vehicle left the roadway and struck a concrete pillar of the Town East Boulevard Overpass.

The driver was killed in the crash.

No other vehicles were involved, and no one else was in the truck at the time of the crash.

Police said speed was a factor, but they are continuing to investigate.