Police in Plano say a thief pretending to be a maintenance worker is targeting the elderly. They say he's responsible for several cases in at least two counties.

PLANO, Texas - Police in Plano say a thief pretending to be a maintenance worker is targeting the elderly. They say he's responsible for several cases in at least two counties.

Plano police believe the man is behind five different thefts in Plano alone and another in North Richland Hills.

Police have released a photo from a surveillance camera of the man they say is stealing from the elderly by pretending to be either a maintenance man, pest control sprayer or water department official.

“He identifies himself under one of those guises. Resident lets him in, and he starts some form of checking,” explained Plano Police Officer David Tilley. “He convinces the resident to go to a different location. That’s when he goes to the bedroom and commits theft of jewelry. When he is finished, he just walks out. In most cases, the resident doesn’t see until after he is gone.”

“It is sad the vulnerable victims are being taken advantage of after giving so much trust to someone identifying themselves as someone trying to help them out,” Tilley said.

Police say he is 5’9” to 5’11” and between 180-200 pounds. He is dressed in button-down shirts to create a professional appearance, but he is not wearing a uniform. 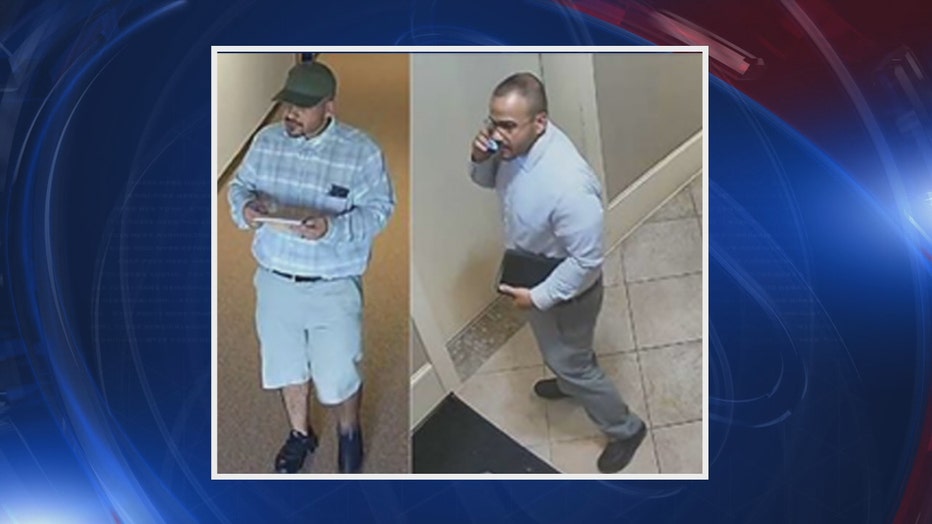 “If someone comes to the door and you did not initiate, do not open that door,” Tilley warned. “We recommend you answer the door so they know you are there but do not open the door.

Police also provided photos of two different vehicles he has used: a grey sedan and a white pickup.

So far, no one has been hurt by the man since he leaves before residents realize what he has taken.

“What is this person going to do if caught?” Tilley questioned. “Flee or fight? That is what we don’t know.”

Police say trust your instincts. If someone comes to the door and it doesn’t feel right, call police so they will check it out and determine if the person is legitimate or not.