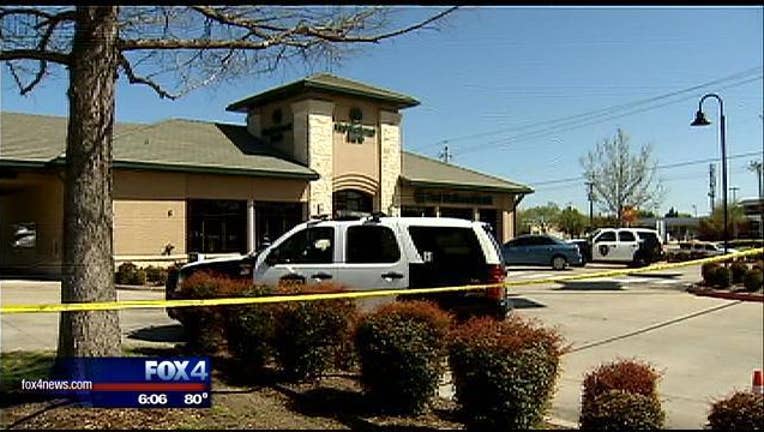 Plano Police arrested a suspected bank robbery on Saturday after a foot pursuit.

Just before noon, officers responded to First National Bank, located at 2900 block of Legacy Drive, in response to a robbery incident.

Upon arrival, a subject was seen running from the location on foot. Following a short foot chase, the suspect was taken into custody without incident a few blocks north of the incident location. A weapon was also recovered during the course of the investigation.

The suspect is currently being held at the Plano City Jail; his name, jail photograph, and pending charges are not available at this time.