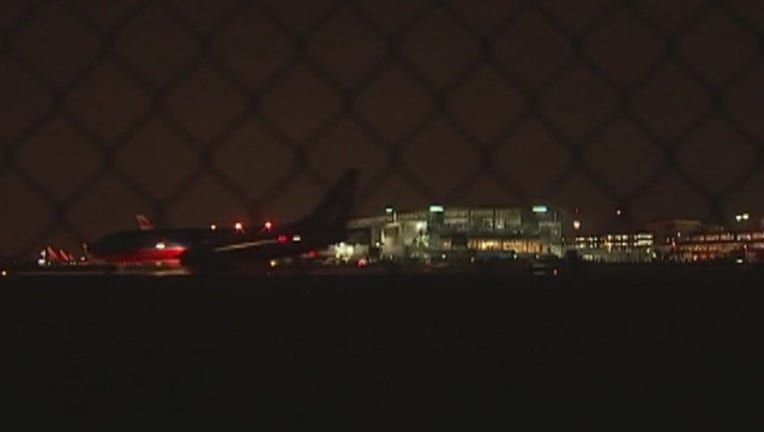 AUSTIN, Texas (AP) - Officials say an American Eagle flight from Mexico was diverted because of heavy storms in Texas and that some passengers requested medical attention after turbulence aboard the flight.

The plane landed in Austin, Texas, on Wednesday night as thunderstorms moved through the state. Tornado watches were issued around Austin and gusty winds were likely around Dallas.

The diverted flight had 79 people on board and was bound for Dallas. The Austin-Travis County Emergency Medical Service says two people were taken to a hospital with non-life threatening injuries. The airline reported no damage to the plane.

Severe weather also canceled a college football game in Dallas. The SERVPRO First Responder Bowl between Boise State and Boston College is believed to be the first bowl game called off because of weather.