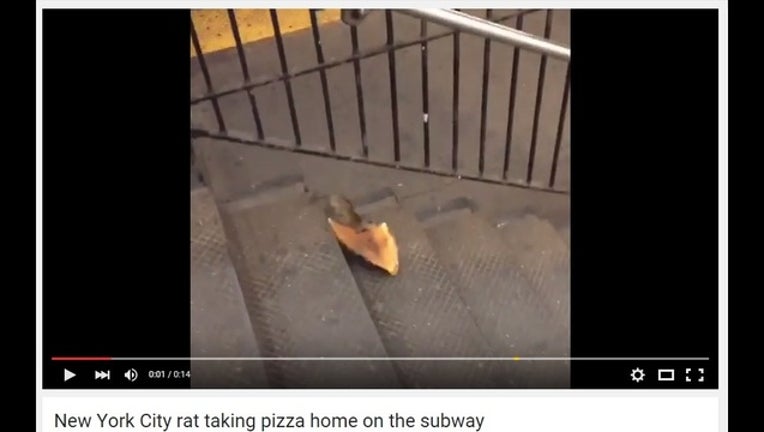 NEW YORK - It is a viral video that makes one think "Are the Teenage Mutant Ninja Turtles real?"

The YouTube clips uploaded by Matt Little titled ‘New York City rat taking pizza home on the subway' shows a rat doing just that. The comical video shows the struggles the rat is having getting the pizza down the stairs.

A few minutes after uploading it, the video went viral and spawned its own memes.