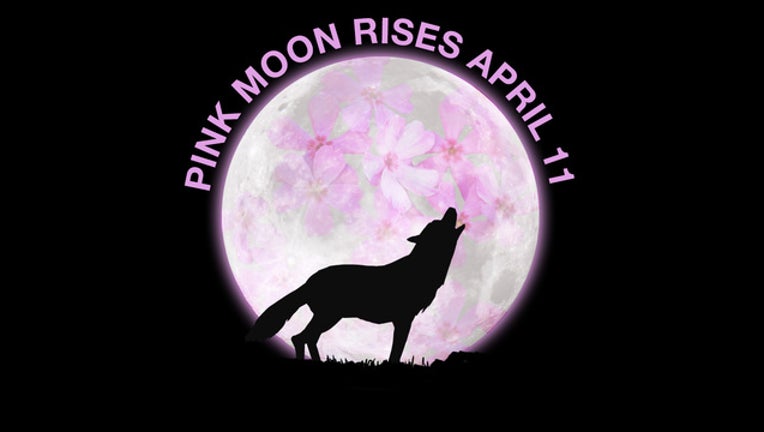 FOX NEWS - Stargazers who step outside tonight will likely get to see the fabled “pink moon” of April, but unfortunately, unless viewed through tinted glasses, it won’t be pink.

The pink moon is the name for April’s full moon, earning its nickname from a pink flower called wild ground flox, NASA explained in a statement it released.

The April full moon has other names, too, like fish moon, grass moon, and egg moon.

The Pink Moon as seen from the Earth is fully illuminated when the Earth, moon, and Sun are lined up with the Earth in between the two.

"Technically, the full phase — when the moon is on the exact opposite side of the Earth as the sun — happens at 2:08 a.m. EDT (0608 GMT). For skywatchers on the West Coast, the moon will reach peak fullness at 11:08 p.m. PDT on Monday (April 10). That said, the moon will appear full to casual observers everywhere from April 10 to April 12."