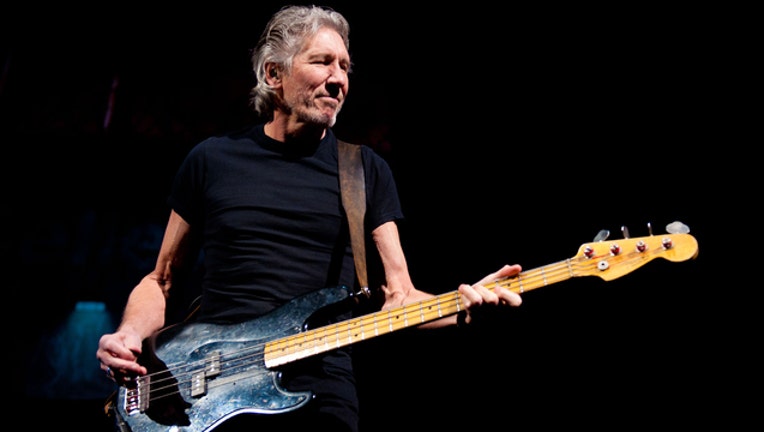 Roger Waters performs 'The Wall' in its entirety at the Wells Fargo Center November 8, 2010 in Philadelphia, Pennsylvania. Waters is celebrating the 30th anniversary of 'The Wall' recording. (Photo Jeff Fusco/Getty Images)

(FOX NEWS) - As controversy continues to swirl around the Super Bowl LIII Halftime Show, Pink Floyd’s Roger Waters is calling upon Maroon 5, Travis Scott and Big Boi to take a knee during the big televised event in solidarity with Colin Kaepernick.

Maroon 5 has been the subject of immense backlash after agreeing to be the headlining act for this year’s Halftime Show. Many in the music community believed the band should turn down the event due to the treatment the NFL gave to the former 49ers quarterback, who knelt during the National Anthem in an effort to protest police violence and misconduct. Kaepernick was made a free agent and subsequently not picked up by any team. He’s currently embattled in a lawsuit with the NFL, alleging that the teams colluded to keep him off the field.

Waters took to Facebook earlier this week shortly after it was revealed that Maroon 5 would be skipping the traditional pre-show press conference at the big game on Sunday. The musician shared a video from his gig in Hartford, Connecticut on Sept. 24, 2017, where he and his band knelt in solidarity during their show.

“We did it in solidarity with San Francisco Quarterback Colin Kaepernick’s gesture of protest against the endemic racism and often deadly force meted out by police departments across this land. It was the third Sunday of Colin Kaepernick’s lock out by the NFL. The message was clear, ‘Shut your mouth, boy!’ Next Sunday will be the 36th Sunday he has been locked out of your national game,” Waters wrote in the video’s caption. “This is not a victory for the NFL, it is a defeat, you have denied football fans everywhere the pleasure and the honor of watching one of the greatest quarterbacks who ever played the game, and you have shown your true colors.”

He continued: “You can sit in your boardrooms and huff and puff on your cigars in your glass boxes, but your action is a poke in the eye for everything that is decent in America. Colin Kaepernick is an American hero. If the USA is to have a future, it is the Colin Kaepernicks of this world who will lead you there, in fact, it is Colin Kaepernick who is leading you now.”