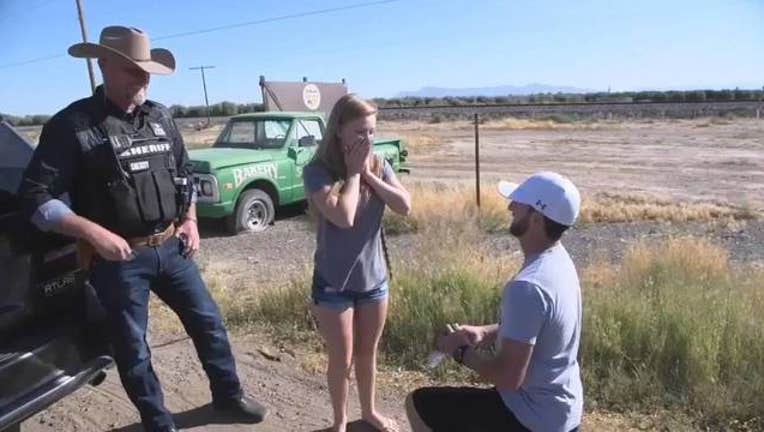 Chelsey was surprised and scared when Pinal County Sheriff Mark Lamb pulled her over for speeding, but little did she know she was in for an even bigger surprise.

The traffic stop was actually staged as a part of her boyfriend Darin's proposal.

In the video, filmed by the department's videographer Danny, you can see Sheriff Lamb make the traffic stop and tell Chelsey she was speeding. He takes her information and pulls Darin out of the car first, before having Chelsey step out as well.

Sheriff Lamb tells Chelsey to stand in front of him when he asks her how well she knows Darin. She turns around to surprisingly see her boyfriend down on one knee.

Darin asked Chelsey to marry him, and she said yes!

Sheriff Lamb said he was happy to be a part of the proposal.