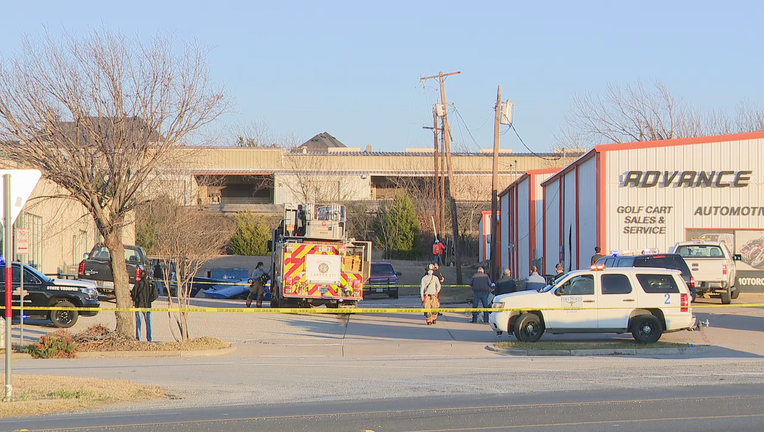 BURLESON, Texas - There was a single-engine plane crash in Burleson Saturday afternoon that resulted in the death of the pilot.

Burleson fire crews and police responded to the crash in the back parking lot of a business in the 600 block of E. Renfro Street.

FAA investigators found that the plane went down south of a runway while on approach to Spinks Airport.

The pilot was the only person in the Sonex experimental aircraft, and a spokesperson for the city of Burleson said the pilot did not survive the crash.

There was no damage reported at the business where the crash happened.