A 40-year-old Benbrook man is fortunate to be alive after suffering a massive stroke at the start of a 5K race in Fort Worth.

BENBROOK, Texas - A 40-year-old Benbrook man is fortunate to be alive after suffering a massive stroke at the start of a 5K race in Fort Worth.

The quick action by family and friends helped save his life. He also believes someone else was looking out for him.

Philip Brawley was just about to start the Fort Worth Victory Over Violence 5K Race back on April 9 earlier this year.

"Our whole family does this event every single year," he said.

His wife noticed he was acting strange.

Brawley, who is 40 years old and leads an active lifestyle, was having a stroke.

"It’s total disconnect from brain and body," he said.

His wife and friend alerted a paramedic nearby. 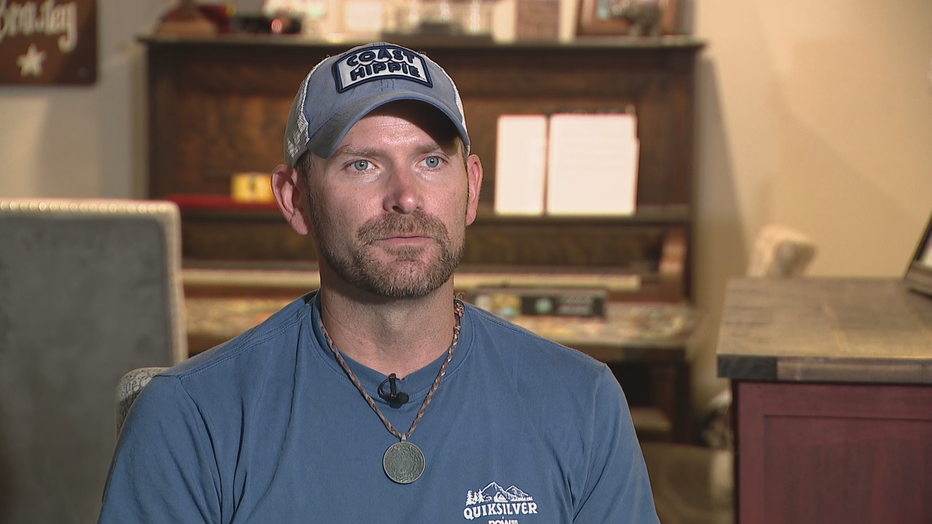 Brawley was taken by ambulance to the emergency room at Texas Health Fort Worth.

Dr. Yinn Cher Ooi is the surgeon who performed the thrombectomy that extracted the blood clot from Brawley’s brain.

"This is a really interesting story," Dr. Ooi said. "The interesting thing about his case is he is obviously rather young and healthy to have a big stroke."

It turned out Brawley had a hole in his heart which contributed to the stroke.

"We call a PFO, and that just allows clots that may arise from your legs or your hands, instead of being filtered by the lungs as they normally do, they just get caught in the lungs," Dr. Ooi explained. "It bypasses through the hole in the heart and goes straight to the brain."

READ MORE: Woman born without a voice can sing for the 1st time thanks to life-changing surgery

With the clot removed and the hole in his heart now closed, Brawley can put the focus back on his family, along with the reason he was at the race in the first place.

In 2010, his 17-year-old brother-in-law, Eric Forrester, was shot and killed after he walked in on burglars inside his family's Fort Worth home.

The 18-year-old gunman was later convicted of murder. Since then, Forrester's family and friend have taken part in the annual Victory Over Violence race to honor his memory.

"Supporting people who have had this type of tragedy," Brawley said.

Now, with help from his doctors and family, Brawley can do that again.

"Just be aware of the symptoms," he added. "Know that it can happen to you, and take it seriously when it does."

Brawley didn't get to take part in this year's Victory Over Violence race, but he’s going to do everything he can to be out there next year finishing it in Forrester's memory.