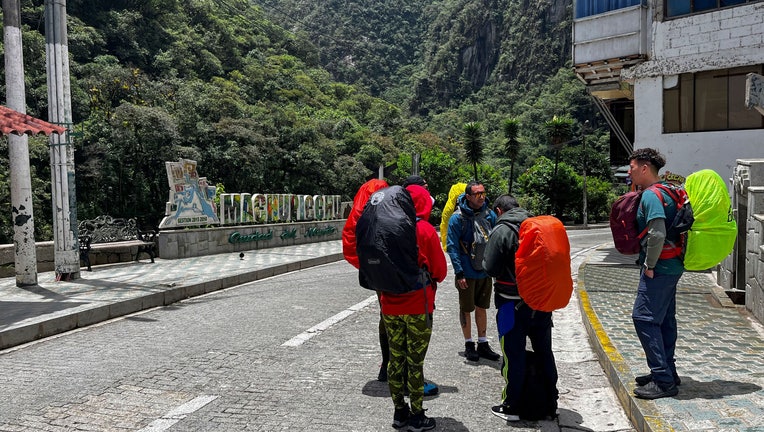 Tourists wait outside the Machu Picchu train station after the railway service was suspended due to damages allegedly caused by protesters in Machu Picchu, Peru, on January 21, 2023. (Photo by CAROLINA PAUCAR/AFP via Getty Images)

Peru indefinitely shut the famed ancient ruins of Machu Picchu on Saturday in the latest sign that anti-government protests that began last month are increasingly engulfing the South American country.

The Culture Ministry said it had closed the country’s most famous tourist attraction as well as the Inca Trail leading up to the site "to protect the safety of tourists and the population in general."

There were 417 visitors stuck at Machu Picchu and unable to get out, more than 300 of them foreigners, Tourism Minister Luis Fernando Helguero said at a news conference.

The closure of the Incan citadel that dates to the 15th century and is often referred to as one of the new seven wonders of the world comes as protesters have descended on Lima, many of them traveling to the capital from remote Andean regions, to demand the resignation of President Dina Boluarte.

Also Saturday, police raided Peru’s most important public university in Lima to evict protesters who were being housed at the campus while participating in big demonstrations. More than 100 people were detained, Interior Minister Vicente Romero said.

Until recently, the protests had been concentrated in the country’s south. They began last month after then-President Pedro Castillo, Peru’s first leader with a rural Andean background, was impeached and imprisoned for trying to dissolve Congress.

Demonstrators are demanding the resignation of Boluarte, the former vice president sworn into office Dec. 7 to replace Castillo. They also want Congress dissolved and new elections held. Castillo is currently detained on charges of rebellion. 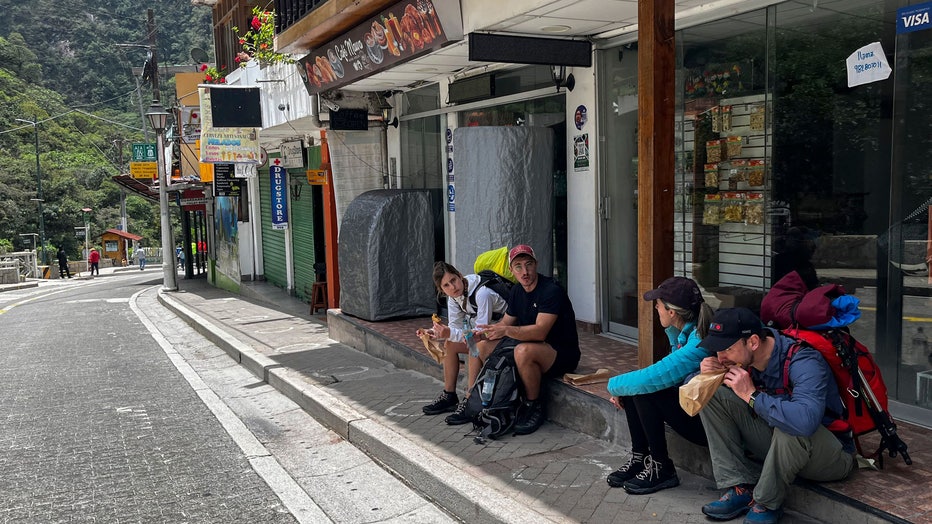 Tourists wait outside the Machu Picchu train station after the railway service was suspended due to damages allegedly caused by protesters in Machu Picchu, Peru, on January 21, 2023. (Photo by CAROLINA PAUCAR/AFP via Getty Images)

More than 55 people have died in the ensuing unrest, most recently on Friday night when a protester was killed and at least nine others injured in clashes with police in Puno. A total of 21 protesters and one police officer have died in the southern region.

On Saturday morning, police used a small tank to burst into the National University of San Marcos in the morning.

Javier Cutipa, 39, who traveled by bus from Puno, had been sleeping on the floor there since Thursday but left for breakfast right before the police arrived. He described the police action as "practically an assault," with helicopters, tear gas and small tanks.

"This outrages us. The only thing the government is doing with these detentions is worsen tensions," Cutipa said. He added that "when the population finds out about this they’re going to react in a more radical fashion."

Hundreds of protesters congregated outside the law enforcement offices where the detainees were being held Saturday evening chanting "Freedom" and "We’re students, not terrorists." More congregated at other points of downtown Lima. 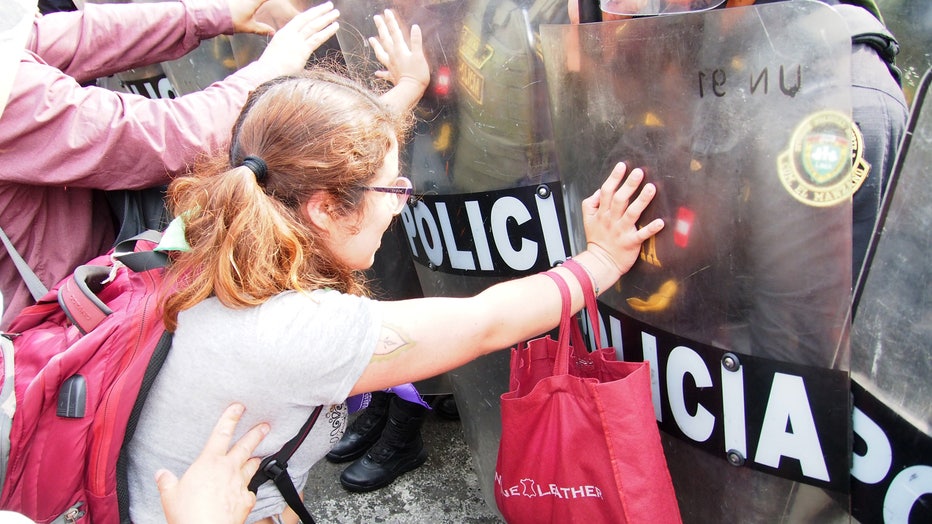 Students confront the police at the gate of the Lima prefecture after the police raided the National University of San Marcos, one of the oldest in America, to capture those responsible for the recent riots in the capital, which demand the resignatio

The Inter-American Commission on Human Rights expressed "concern over the police incursion, eviction and massive detentions" at the university and urged the state to "guarantee the integrity and due process of all people."

Cusco, where Machu Picchu is located, has been the site of some of the most intense clashes, leading to significant loss of tourism revenue. The Cusco airport was briefly shut down this week after protesters tired to storm it.

Train service to Machu Picchu has been closed since Thursday due to damage to the tracks.

Some stranded tourists have chosen to leave by walking to Piscacucho, the nearest village, Helguero said, "but that involves a walk of six, seven hours or more and only a few people are able to do it."

Tourists who had already bought tickets for Machu Picchu from Saturday until one month after whenever the protests end will be able to obtain a full refund, the Culture Ministry said.