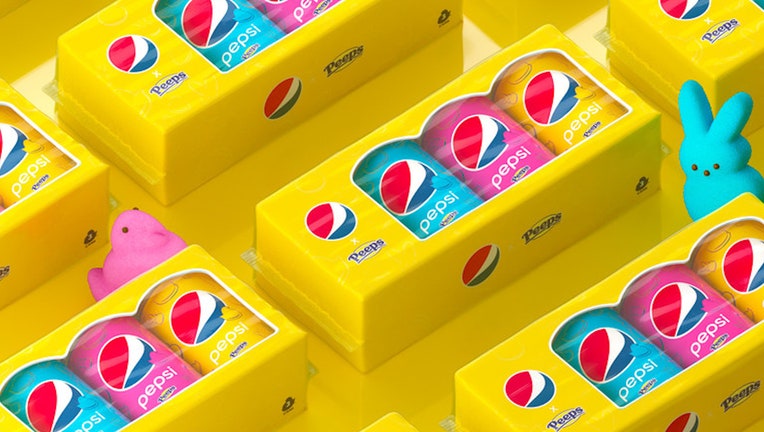 Pepsi has released a limited-edition flavor unlike any other: Peeps.

The soda maker will be combining the classic flavor of Pepsi Cola with the sweet, marshmallow flavors of the popular Easter candy, Peeps.

In an attempt to lift spirits and kick off the new spring season, Pepsi and Peeps announced their #HangingWithMyPEEPS sweepstakes starting on Thursday. The contest, which ends on March 31, will give fans a chance to win a limited-edition three-pack of PEPSI x PEEPS.

The drink will only be available for a limited time, but fans won’t be able to pick up the soda in the grocery store. Instead, they’ll have to enter the sweepstakes.

"Fans can submit photos of themselves enjoying the spring with PEEPS® Marshmallow Chicks and Bunnies by tagging @PEPSI, #HangingWithMyPEEPS and #PepsiSweepstakes on Twitter and Instagram for the chance to win a coveted limited-edition three-pack of PEPSI x PEEPS," according to a PepsiCo news release.

In addition to the limited-edition three-pack of sodas, Pepsi will award 10 grand prize winners with a collector's package of PEPSI x PEEPS.

"After what has been a very difficult year, many consumers are looking for new things to smile about. So, to celebrate the start of springtime, Pepsi collaborated with PEEPS® to develop a limited batch of its first-ever marshmallow cola," said Todd Kaplan, VP of marketing at Pepsi.

Pepsi has released several unique flavor combinations in past years, including apple pie-flavored Pepsi, hot chocolate and even salted caramel.