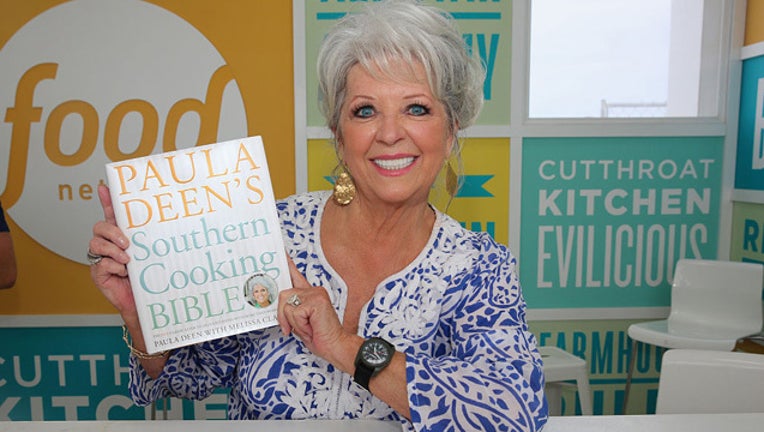 SAVANNAH, Ga. (BUSINESS WIRE) - Paula Deen, known as "the Queen of Southern Cuisine," announced that her first Paula Deen’s Family Kitchen location in the state of Texas is now open at 163 Fountain Court in Fairview, at the Fairview Town Center. The restaurant is approximately thirty miles from Dallas.

“I adore all of my fans in Texas, and bringing my Southern cooking to the Lone Star State is something I have dreamed about for years,” said author and restaurateur Paula Deen. “This is the perfect place to bring together family, friends, and great Southern food-three of my favorite things!”

“I have taken my favorite recipes and brought them to life in an atmosphere that feels just like my own home,” said Deen.

This location includes a 250-seat dining room and The Paula Deen Store, a large retail store where guests can purchase items from Paula’s home, kitchen, and lifestyle collections. A fully functioning replica of Paula’s home kitchen with an interactive cooking experience called “Cooking with Paula” will commence during the coming months.

Deen will celebrate the opening of Paula Deen’s Family Kitchen in Fairview on Friday, April 20, and Saturday, April 21. For more information about Deen's schedule and “Cooking with Paula” at the Fairview location, visit www.facebook.com/PDFKDallas.

“We can’t wait to bring the love and warmth of Paula Deen’s Family Kitchen to Dallas. Paula’s fans and guests are going to love the ‘Cooking with Paula’ experience we are launching later this year,” said Rajat Shah, founder and CEO of Phoenix Hospitality and Entertainment, Inc.

The Fairview restaurant will provide approximately 250 jobs to the area, as well as sales tax revenue that will contribute to the local economy in Fairview. Positions include chefs, managers, line cooks, prep cooks, bakers, dishwashers, bussers, bartenders, servers, hosts, and retail sales associates.