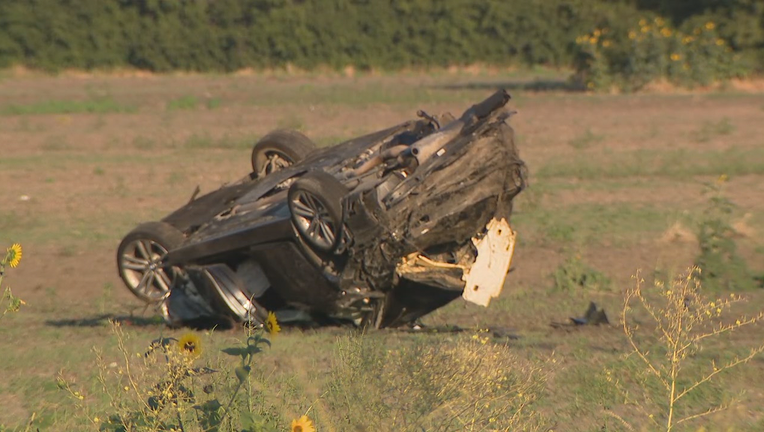 FRISCO, Texas - One person was killed and another was taken to jail after a crash in Frisco Wednesday morning.

The fatal accident happened around 3 a.m. on Highway 380 just east of Legacy Drive.

Police believe the driver of a gray BMW was speeding and lost control of the car. A female passenger was ejected as the car rolled over several times.

The passenger was taken to a local hospital where she died. The driver was treated for minor injuries and then arrested for intoxication manslaughter.

Frisco police said they are still investigating the cause of the crash but do believe it was alcohol-related.

All eastbound lanes of Hwy. 380 were closed for several hours Wednesday morning for the investigation.