A cell phone recording shows a student making a class presentation that references slavery, and he uses a racial epithet and the N-word multiple times.

FORT WORTH, Texas - Fort Worth ISD is investigating racist comments made during a class presentation on slavery at Paschal High School.

The superintendent addressed the incident, and he's recommended the teacher be fired. But still, some community leaders say more needs to be done.

The recording is roughly three minutes long. It shows a freshman making a class presentation that references slavery, and he uses a racial epithet and the N-word multiple times.

Some students laugh, others can be heard saying, "Oh my God."

The teacher attempts to add clarity, then tells the student to continue.

"We’re trying to stay as true to the original text as possible. Okay, go ahead," the teacher was heard saying.

"When I found out about the incident, it was my recommendation to the board that they discontinue her employment, termination," Fort Worth ISD Superintendent Dr. Kent Scribner said.

Scribner said he is disgusted by the video.

He initially released the following statement: "There is no place for this kind of language in our society, much less in our schools I am appalled by the conduct of the adult in the room and saddened by the message it sends to our students."

That statement and the call for the teacher’s termination are not enough for a group of Fort Worth ministers.

"We are calling for a unilateral system of training so that everyone in the district understands why you don’t use the word n*****, not once, but nine times in a classroom," Reverend Kyev Tatum said.

Dr. Scribner said the incident happened Friday, April 22, and the school began notifying parents on Monday, but it escalated when the video began circulating on Wednesday.

Parents said they were confused about the kind of assignment that would prompt the use of the N-word multiple times in front of a high school class, and a teacher that didn’t stop it

Parents and students at Paschal High School were visibly uncomfortable as they watch the video that's been circulating of a student giving a presentation in English class.

"It’s inappropriate and I don’t think it should happen it again," Saleyah Zaldivar said.

Parent Brad Warren said it’s an opportunity to have a conversation about racial slurs with their children.

"Talk to my daughter and make sure she understands why we don’t use that word and why it’s offensive and how it can hurt people," he said. 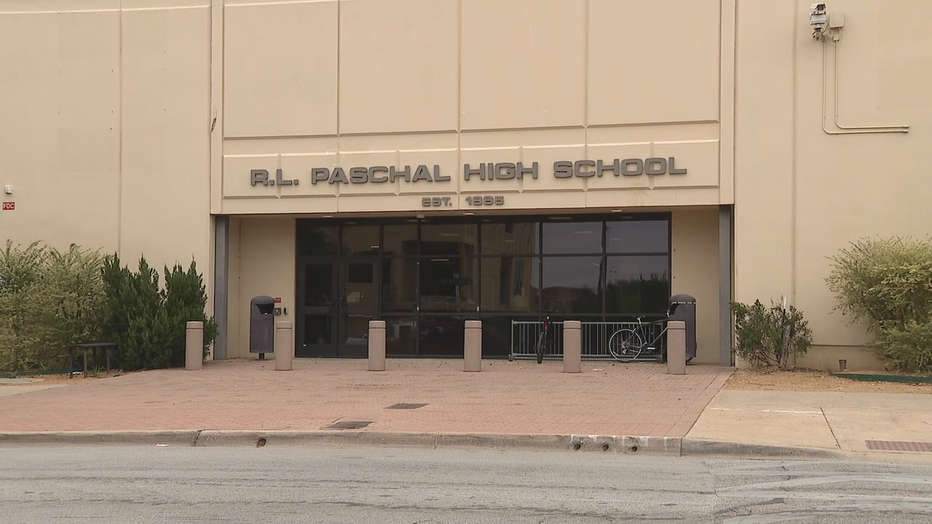 Community activist Bob Ray Sanders said he’d like to have more context about the guidelines of the assignment and know what the teacher said after the presentation.

"I was confused and very concerned that this was a classroom that didn’t seem to have any decorum," he said. "Students ought to be taught to think, to imagine, but imagination also has boundaries, particularly in a classroom setting and there’s a keeper of the boundaries in a classroom and that’s the teacher."

Sanders added that he won’t judge the entire district by the actions of one teacher.

"There are corrective measures that you can take," he said. "Instructive measures, and I’d like to think that that happened afterward."

Dr. Scribner insists the district has policies in place that mandate ongoing training regarding race relations and the incident will heighten awareness of behavior that will not be tolerated.

"It’s obvious that incidents like this highlight the need for more racial equity training. Unfortunately, racism and racist language is alive and well," Scribner said. "We have over 5,300 teachers, this is not indicative of our teaching core. However, it needs to be dealt with swiftly, and I think thoroughly, with regard to protecting our students’ rights."

The district did not comment on what disciplinary action the teacher could face.

The ministers group wants the Paschal High School administration to be replaced and a districtwide approach to deal with something it believes is more common than this one incident.

"I’ll be candid with you, I couldn’t get through the entire three minutes. I had to keep pausing to gather my composure to be able to say, is this real?" Rev. Tatum said. "Three minutes and 18 seconds of a presentation on slavery and nine uses of the word n*****. It’s too long for us to sit back and wait for this to change."

The ministers group has planned an event on May 5. They say it will include invited guests that include civil rights advocates from around the country to address this matter and what it calls "acceptable solutions."

A cell phone recording shows a student making a class presentation that references slavery, and he uses a racial epithet and the n-word multiple times.