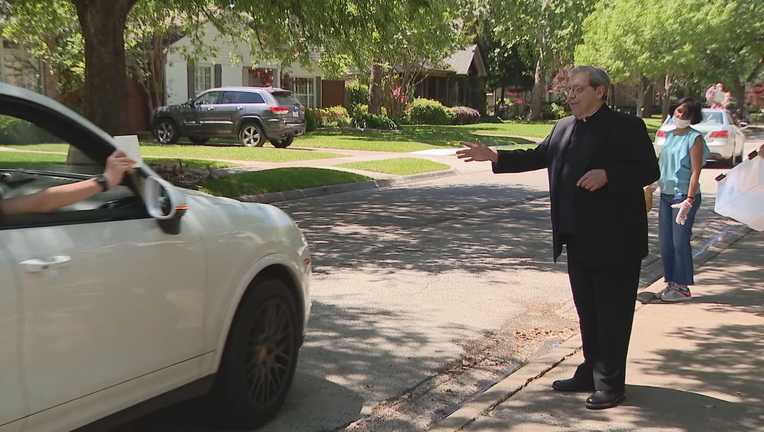 DALLAS - Hundreds of vehicles caravanned by Christ the King Catholic Church in Dallas over the weekend to thank the man who led their church for almost three decades.

Father Donald Zimmerman recently announced his retirement and his parishioners wanted to thank him safely. They organized a parade as a surprise.

People brought Monsignor Zimmerman thank you signs and cards and cheered for him as they drove by.

“We want to be in mass or in church. You’ll see the number of cars of people who just want to thank him for his 26 years,” said Alan Stewart, the parade organizer.

Zimmerman has spent the past 50 years serving the Diocese of Dallas.