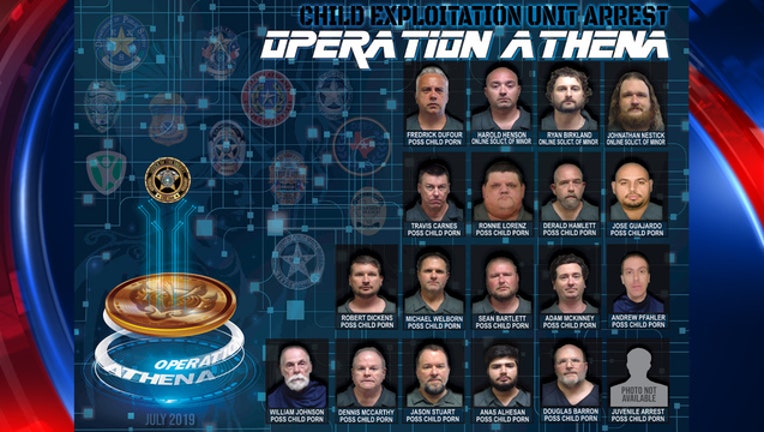 The Collin County Sheriff's Office conducted an operation that led to 19 men being arrested on charges of online solicitation of a minor or possession of child pornography.

"Operation Athena" was conducted over a five-day period in July, and targeted "those who utilize the internet to prey upon our children and traffic in child pornography."

Authorities say electronic devices seized during this investigation still need to be examined, and additional charges are expected.

"The protection of our children continues to be one of my top priorities," Collin County Sheriff Jim Skinner stated in a release. "This type of operation wouldn't be possible without the cooperation that exists among all federal, state, and local law enforcement agencies in North Texas and the investigators who work tirelessly to root out this evil."