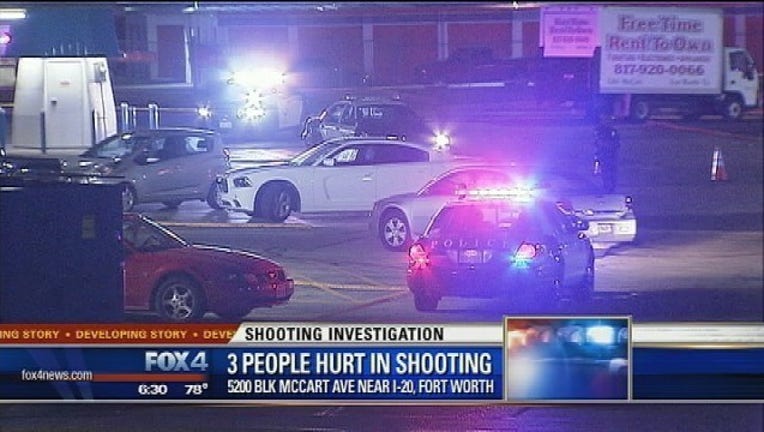 One person was killed and two others are being treated for gunshot wounds after a shooting at a Fort Worth night club.

The shooting happened around 3:50 Sunday morning, according to Fort Worth police.

A fight inside Liquorville Club continued outside the club, in the parking lot. Someone drove by and fired several shots into the crowd. Three people were hit. One was pronounced dead at a local hospital.

Fort Worth homicide detectives are investigating. They have not released a description of the suspect.