Protestors who cheered Amber Guyger’s conviction were outspoken and disappointed with her 10-year prison sentence.

DALLAS - Protestors who cheered Amber Guyger’s conviction were outspoken and disappointed with her 10-year prison sentence.

Activists gathered in front of the Frank Crowley Courthouse Wednesday afternoon. They were angry about Guyger's 10-year sentence, calling it too light.

The group started at the courthouse, moved underneath I-35 and marched through downtown.

Several dozen protestors marched into the streets of Downtown Dallas near the county jail. At one point, they shut down the intersection of Commerce and Riverfront. Officers responded within minutes.

At least one protestor was taken into custody in front of Dealey Plaza near Houston and Main Street. After some screams, a woman could be seen on the ground.

As tensions escalated, people began screaming and arguing as officers began getting prepared for anything getting out of hand. 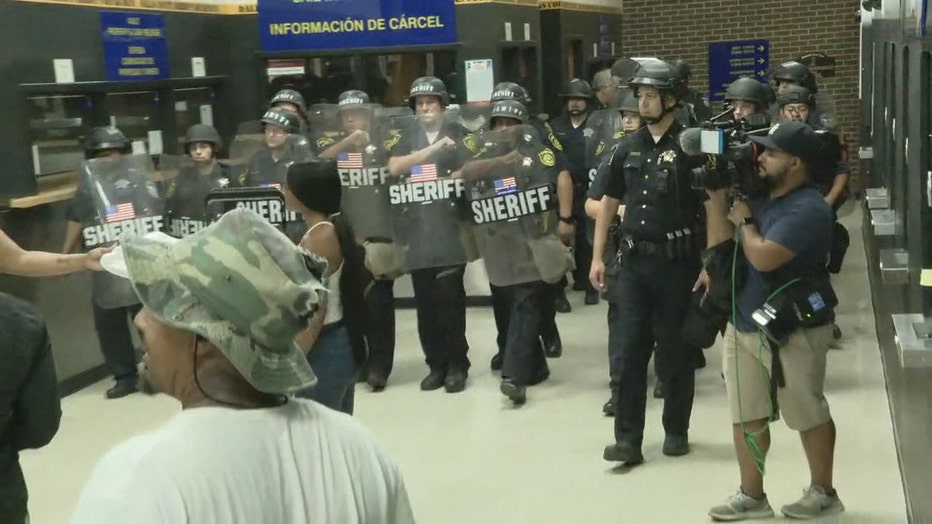 The group also marched to the jail to “visit Amber Guyger.” They made it into the jail lobby before a line of Dallas County sheriff’s deputies in riot gear blocked them from going any further.

Protestors returned to the courthouse before dispersing just after 10 p.m.