The city of Dallas is in talks with Oncor after it clear-cut three acres of trees by White Rock Lake without notifying the city first.

DALLAS - The city of Dallas is in talks with Oncor after it clear-cut three acres of trees by White Rock Lake without notifying the city first.

The clearing would have continued, but the city told Oncor to stop after it got word of what was happening.

Councilwoman Paula Blackmon says she's upset that Oncor never notified the city before clearing all of the trees, vegetation and wildlife from an area known as the Old Fish Hatchery. 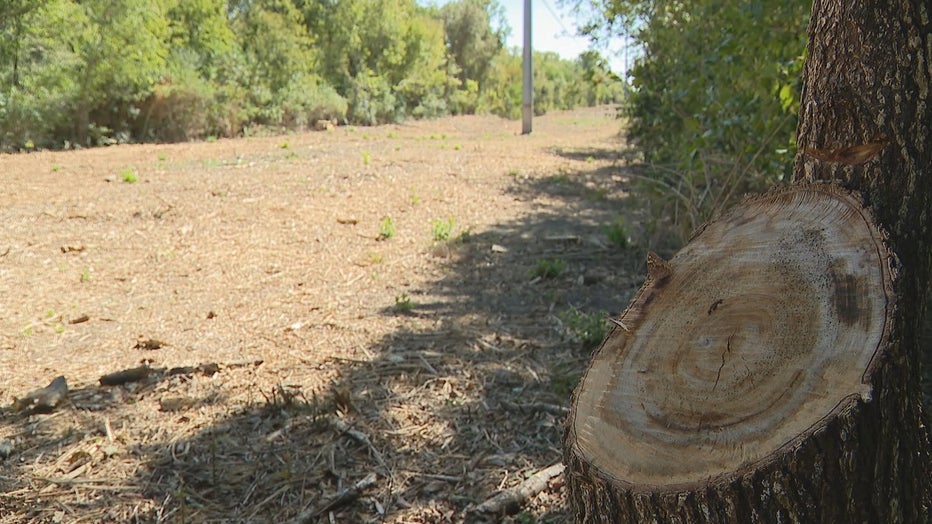 Blackmon says the area with hiking trails is a type of sanctuary in the middle of the city.

“You don't hear any of the noise in an urban setting,” she said. “It’s really peaceful and beautiful.”

Oncor has authority over the right-of-way for overhead power lines.

After the city discovered what was happening, it told Oncor to stop until it could develop better guidelines for what should and should not be cleared. But three acres were already gone.

“They have guidelines. We have hike and bike trails in their right-of-way. We can live together,” Blackmon said.

"We look forward to the opportunity to improve our communication with the City and other stakeholders going forward,” Oncor said in a statement. “It’s important to remember that the work we did on this Oncor-owned transmission right of way was necessary to ensure safe and reliable electric service. While we missed the mark on our lack of communication with key stakeholders and customers, we’re working to remedy that going forward and will be sharing plans as they develop. "

Now, Blackmon hopes Oncor will replace some of what it chopped.

The advisory group's first meeting will be next Thursday. Its recommendations are expected to go to the city council in January.

Oncor says its goal will be to promote a habitat for pollinators, songbirds and other wildlife compatible with safe service to customers.