On Your Side: Little Elm, Big Problem

No insurance. No permits. One Little Elm homeowner says she had no idea what she was getting into. Her experience just might make or break your next home project.

LITTLE ELM, Texas - The demand for home improvement projects has skyrocketed during COVID, and the lack of available labor and surging cost of materials has led to many folks working with whoever they can find.

Consumer Reporter Steve Noviello says stop what you're doing and make sure you research any contractor who comes calling.

Jennifer Six says the massive hole in her yard is rivaled only by the hole in her heart. She had big plans for her Little Elm home.

"I wanted to take the house up a level.  I wanted to have an upper-level deck that would maximize the lake view," she said.

Six also wanted a pool with a beach entry, a grotto, a waterfall and a slide. Her budget?

But Six says she found a contractor who told her he could come close if she agreed to watch the budget and look for ways to save. 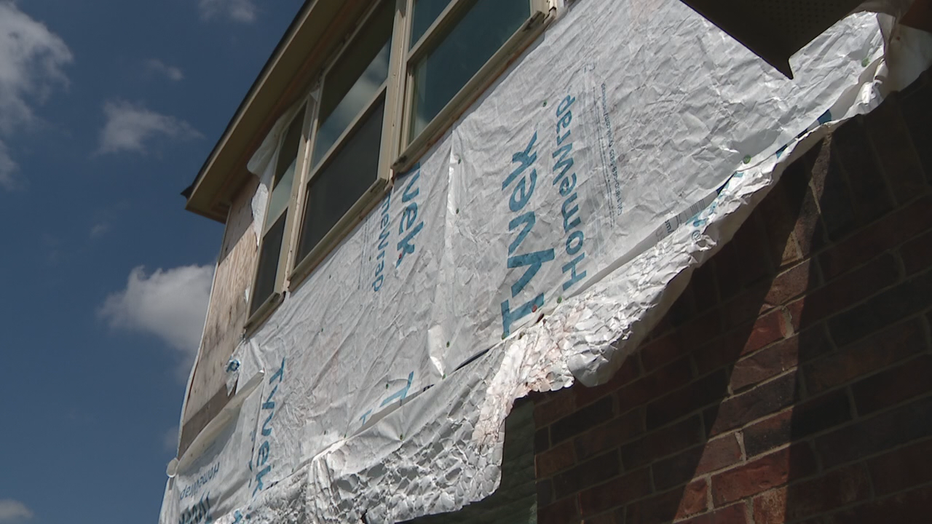 FOX 4 spoke to the contractor who tells us it was real. But, among other things, crippling material costs due to COVID shortages pushed an already tight budget past its breaking point.

"He never intended to do this job," she said. "He came in and intentionally destroyed the house. And he tried to show progress to me, the untrained eye, so he could get money as long as he could."

FOX 4 is choosing not to name the contractor because there are just too many differences in his version of events and Six’s version, who is left with an incomplete house and a drained bank account.

"I am praying that insurance comes through on this because under vandalism and malicious mischief they'll take care of all of it," she said.

What Six does have are lessons to help you avoid the same mistakes she made, starting with the design of her project.

The builder was required to permit the project. He didn't. And in Texas, anyone can design a house as long as it’s under 12,000 square feet. No architect or engineer are required, but it is often suggested.

"The contract included specifically in the down payment I was paying for those services," Six said.

It does, but the builder says he didn't need an engineer because after the contract was signed, he learned for the location of the project that it wasn’t required.

"The county does not require inspections," Six said.

There was never a process for anyone to check the work being done, not even the bank.

"Because of the type of loan that I got, it was fully funded upfront, which I thought was great because it was gonna give us freedom," Six said. "But that's actually not a good thing because there is nobody to inspect the project"

Six qualified through a broker for a personal loan rather than a home improvement, a construction loan or a HELOC. It was $105,000 in a lump sum cash with no oversight. She says now that she’s hired an inspector, it’s clear that was a mistake.

The inspector's report says most of what was installed was structurally unsound and will need to be taken out.

You might be wondering about the contractor's insurance. He had none. He’d let it lapse.

It’s something Six, who has worked in insurance for decades, says she regrets never checking.

What ultimately brought work to an end was money. The builder cited overages due to supply price increases and worker shortages.

Six say it was not her problem. Her flat fee contract guaranteed a specific scope of work for a very specific price.

"At that point, I was dependent on him," she said. "The house was opened up. He had already started destroying it."

Six says she tried to help her builder get other jobs to make the money he needed to finish her job by referring business his way. But as for her project, she ultimately stopped paying him. Per the terms of their signed contract, he stopped working.

While the builder disputes that, there is clearly a whole lot of work left to be done.

So how should you handle payments?

There should be a set schedule in writing and signed by all parties.

And if your builder is demanding final payment before the work is done?

Six’s lawyer says for jobs over $5,000, the Texas property code requires consumers to hold 10% of all funds paid to your contractor until 30 days after substantial completion just to make sure there is nothing overlooked.