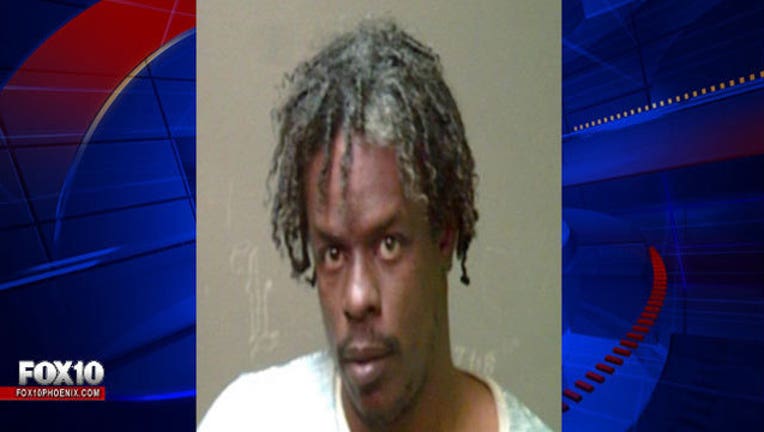 After getting arrested for robbing an Arby's, 36-year-old Dante Anderson claimed to be a time-traveling food bandit. Read more.

(FOX NEWS) - In the future, everyone will get food by manhandling restaurant managers and then stealing a handful of chicken and bacon.

So said an Oklahoma City man, 36-year-old Dante Rashad Anderson, who told police when he was arrested Friday for robbery that he comes from a time four years into the future, FOX25 reported.

“I am from planet Earth 2016 and am four years advanced on you, and you guys are always trying (to) kill me,” Anderson is quoted as saying in a police report viewed by KOCO. “On my planet Earth, everyone is dead and I walked here from there.”

Oklahoma City Police Sgt. Gary Knight told FOX25 Anderson explained to investigators that, in the future, his method of taking food was how everyone would eat.