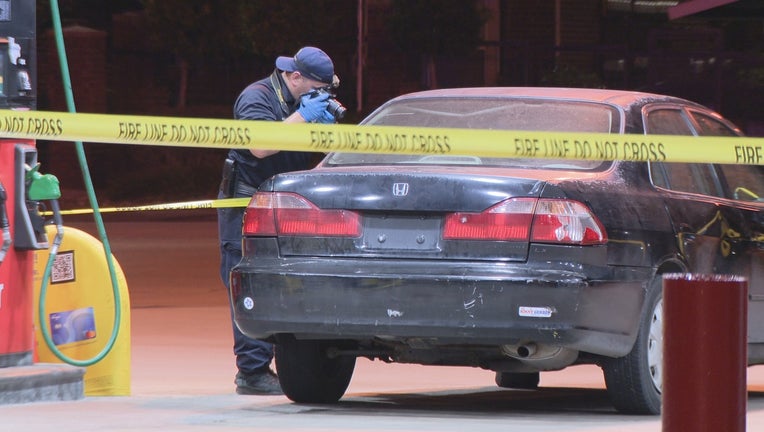 DALLAS - Police arrested a man they said shot at an officer in northwest Dallas.

The officer works for the Seagoville Police Department but was working off-duty security for a grocery store.

He approached a man and a woman who were arguing near the store’s gas pumps.

Police said the man fired at the officer several times then ran off.

No one was hurt but at least one bullet hit a car.

Officers found the 17-year-old shooter a few minutes later. His name has not yet been released.

They also detained the woman to question her.