An off-duty Dallas police officer just happened to be driving on I-30 late Tuesday as a woman's pickup truck burst into flames. The woman is alive thanks to the officer's quick actions.

DALLAS - An mystery man is being called a hero after pulling a woman to safety during a fiery crash.

While she was calling for help, two other vehicles hit her truck. It then caught on fire in the middle of the highway. 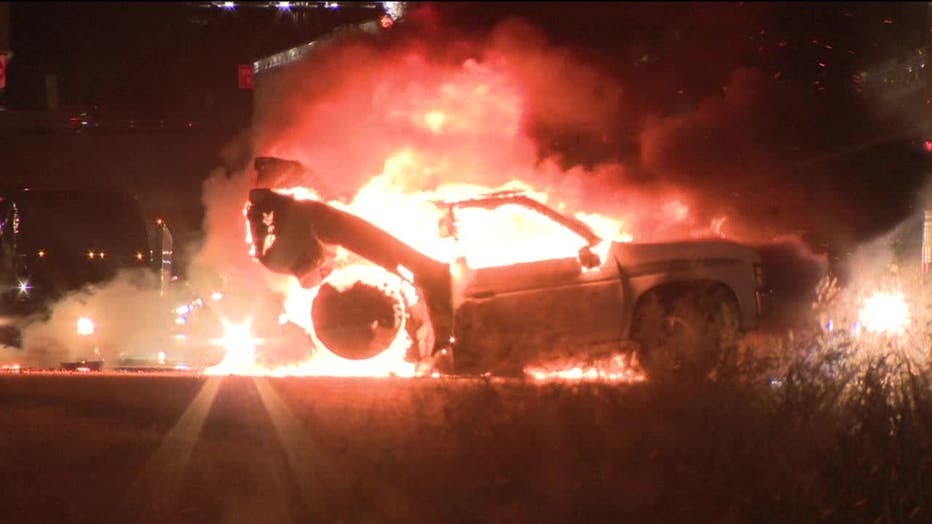 A man, originally identified as an off-duty police officer, just happened to be driving by at the time and got her out of the truck moments before it was fully engulfed.

The woman was taken to the hospital and is expected to recover.

The other drivers were shaken but not hurt.

The Dallas Sheriff's Office says the man was dressed in security-type clothing, but was not an off-duty police officer.