The Travis County District Attorney Jose Garza says 41-year-old Stephen Broderick has been charged with capital murder and is being held without bond in the Travis County Jail.

The Travis County District Attorney Jose Garza says 41-year-old Stephen Broderick has been charged with capital murder and is being held without bond in the Travis County Jail.

Broderick is suspected of killing three people in a shooting in Northwest Austin near the Arboretum on April 18.

The victims have been identified as: 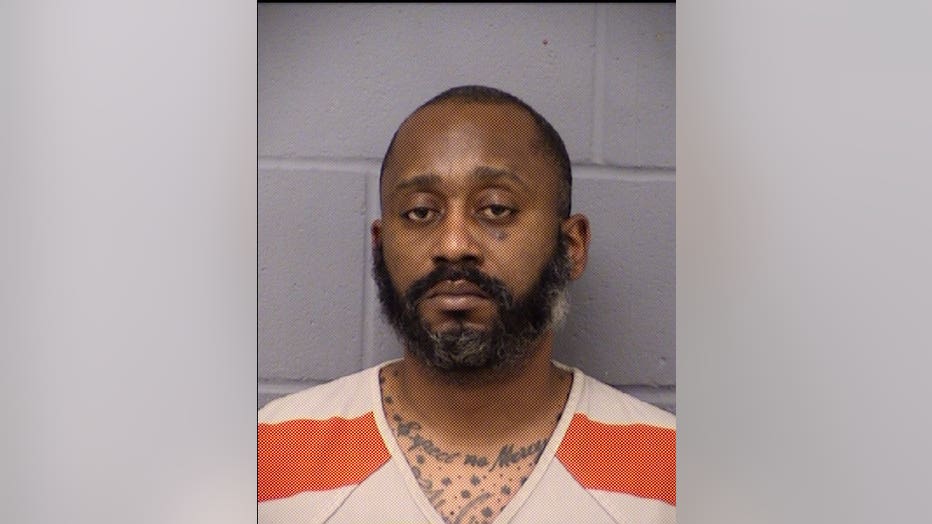 The investigation revealed that Ms. Broderick and the suspect were meeting for a scheduled visit with their son when the collision occurred, and Mr. Broderick fired shots, killing all three victims, before fleeing the scene. The couple’s son, who was present during the shooting, but physically unharmed, was later located away from the scene where he was turned over to APD officers.

Manor Police Department says at just before 7 a.m. this morning the Travis County Sheriff's Office was dispatched to a suspicious person call in the 12300 block of Old Kimbro Road. Two callers reported that a man, fitting the description of Broderick, was talking southbound on the road wearing a black shirt and dark jeans.

Manor Police Chief Ryan Phipps said his department was ready in case Broderick might come through."We always knew there was that possibility that he would be coming through our town to get back to the area he knew," Phipps said.

Broderick had ties to Elgin. He lived there during his time as a Travis County Sheriff Deputy and two of the victims, Alyssa and Willie were Elgin ISD students.

Manor police officers arrived on scene, identified Broderick, and conducted what is described as a high-risk stop. Broderick complied with orders from officers and was taken into custody without incident just after 7 a.m.

Where law enforcement found Broderick was more than a six-hour walk from the initial scene.

"If he spent all night walking out here you can imagine he had all night to think of what is alleged that he did," Phipps said.

The Manor Police Department has released video of the arrest of 41-year-old Stephen Broderick. Broderick is the suspect in a deadly shooting in Northwest Austin that left three people dead.

Phipps said when police did confront Broderick, he was calm and did comply with officer's commands. Video first obtained by FOX 7 Austin shows the encounter.

"I don't know what he was thinking at the time, but his demeanor was very calm, when the officer first gave command, he instantly complied, there was no second-guessing," said Phipps. "He was taken into custody without incident."

"I am incredibly grateful for all of the assistance provided by our law enforcement partners that came to our aid yesterday. This is a tragic incident that has deeply impacted our community, and I’m glad to report that the suspect has been taken into custody without incident, and with no additional loss of life. A special thank you to Special Agent in Charge Christopher Combs with the FBI for their strong support, as well as the citizen who spotted the suspect this morning that led to his capture." Interim Chief Chacon said.

Broderick was taken to the Travis County Jail and has been booked on two capital murder charges as well as a second-degree felony charge.

The Travis County DA's Office says Broderick is being held without because Broderick had paid a money bond to be released on charges related to sexual assault against a child and Texas law permits his detention without bail.

Broderick is a former deputy with the Travis County Sheriff's Office and reports show he is accused of sexually assaulting a child in June of 2020. He was initially released on a $50,000 bond for this incident, an amount lowered from $100,000 at the request of his attorney.

Broderick has been out of custody since June of 2020.

The GPS monitor he was required to wear was said to have been removed after Broderick did not violate any other bond conditions after a period of time.