One of the damaged schools by the October tornado was Burnet Elementary in Northwest Dallas.&nbsp;Students have since moved back into the building, and the community is stepping up to help.

DALLAS - It's been a month and a half since an EF-3 tornado left parts of Dallas in shambles.

Three Dallas ISD schools were destroyed. Several others were damaged.

One of the damaged schools was Burnet Elementary in Northwest Dallas. Students have since moved back into the building, and the community is stepping up to help.

Enrollment at Burnet Elementary has dropped since the tornado with some kids forced to relocate with their families. But the future of the school remains bright.

Eric Hale teaches kindergarten and first graders at Burnet Elementary. The award-winning instructor uses music to get his students motivated to learn.

In October, tornadoes that tore through Dallas pulled the plug on the creative jam session. Three DISD schools were destroyed. Burnet Elementary was damaged, forcing some 650 students and staff to temporarily relocate for four days.

“A lot of students have a lot of trauma and a lot of social needs,” said Burnett Elementary Principal Sonia Loskot. “They get scared with they hear the thunder or any change in the light.”

The gym, which had never been closed in the school's 65-year history, is a total loss. Parts of the roof were ripped off. Standing water warped the original hardwood floors. 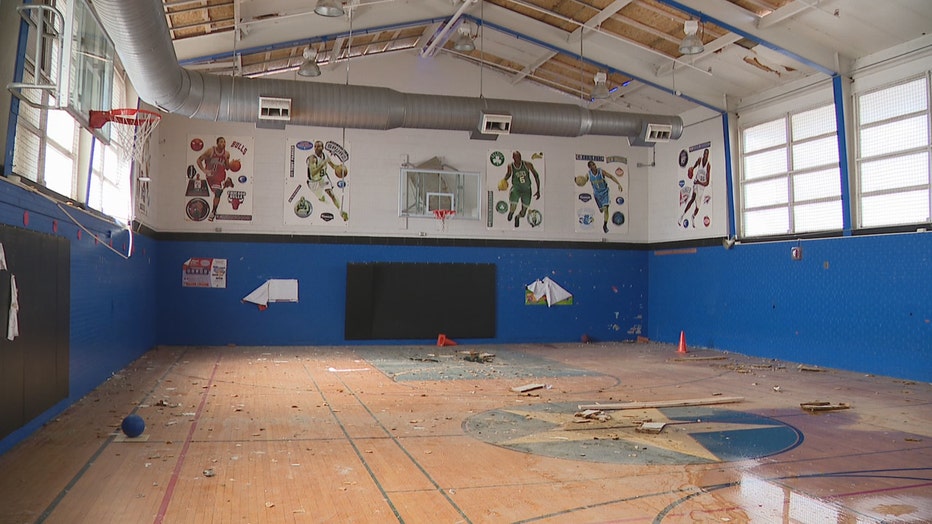 On Wednesday, PNC Bank presented the school's principal with a check for $50,000. The donated funds will be allocated to the Dallas Education Foundation, tasked with helping to determine how tornado-relief donations are spent in the district. Over $1 million have been donated so far.

“We're definitely going to do a campus needs assessment,” Loskot said. “We're waiting to hear more about the gym.”

A normally upbeat Mr. Hale is humbled by the outpouring of support for his school.

“This is a blessing because my community we needed it,” he said. “My kids fight so hard. I fight for my kids. I fight for where I teach at.”