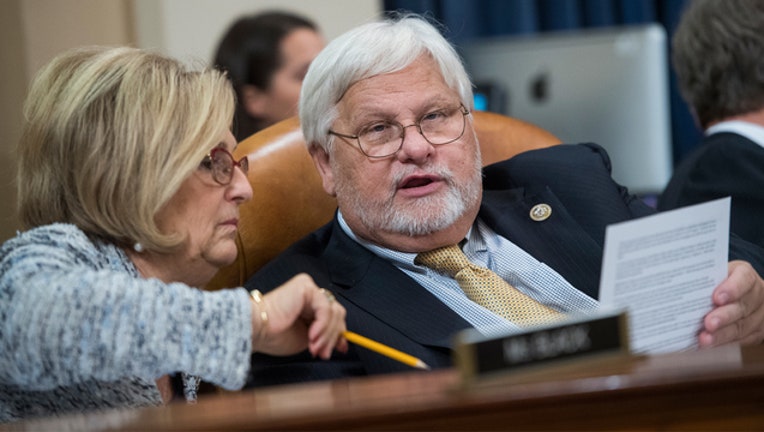 Monday's announcement that yet another Republican congressman is retiring highlights the GOP's growing struggle to win the House majority next year and the shifting political leanings of Texas, the nation's second-largest state.

Democrats' burgeoning prospects in Texas, which has a deep-red pedigree, are widely attributed to two factors. One is the state's growing populations of Hispanics and of moderate voters in communities ringing cities like Dallas, Houston and Austin, the other is the polarizing rhetoric of President Donald Trump.

"Trump has really turned out to be an accelerant for energizing young voters and voters of color," said Democratic pollster Zac McCrary, whose clients include MJ Hegar, a Democratic contender for challenging GOP Sen. John Cornyn next year. "And again at the same time, Trump has so deeply alienated suburban white voters in numbers that are mind-boggling."

Yet the arc of the state's demographic and political changes is such that Trump remains the favorite to win the state's coveted 38 electoral votes next year. And Cornyn, a three-term Senate veteran who's raised a daunting cache of campaign money and has plans to raise more, may prove difficult for Democrats to topple.

Rep. Kenny Marchant, an eight-term lawmaker from the Dallas-Fort Worth suburbs, said Monday he won't seek re-election in 2020. That made him the 11th GOP representative to so far say he'll step aside - compared to just three Democrats - and the seventh in just two weeks.

Marchant is the fourth Texas Republican to say he's heading home. Of that group, he's the third whose district now seems in play for Democrats, who see the state as fertile ground for building their House majority.

While Republican presidential candidates have carried Texas in every election since 1980, Trump won the state in 2016 by just 9 percentage points. That was the first time the GOP candidate won by less than double digits since 1996, though it was a large enough advantage that it could be hard for Democrats to overcome just four years later.

Democrats' hopes were fanned further by then-Rep. Beto O'Rourke, who missed defeating GOP Sen. Ted Cruz by only 3 percentage points last year. He would have been the first Democrat to win statewide office there since 1994.

While O'Rourke spent a record $80 million in his unsuccessful Senate campaign - Cruz spent $46 million - part of the explanation for his strong showing was the state's changing population.

As its residents have risen in number to around 29 million, second only to California, its non-Hispanic white and black populations have grown more slowly than its Hispanic residents.

That's been coupled with growth in Texas's suburbs, which both sides agree are shifting toward Democrats. That's consistent with a national trend that helped cost Republicans House control last year and helped Democrats unseat two GOP incumbents in the Dallas and Houston suburbs.

Illustrating the trend, Dallas County outside the city of Dallas grew by 11.5 percent from 2010 to 2018 to 2.6 million people, according to Census Bureau figures. Harris County outside Houston grew by nearly 15 percent and Bexar County outside San Antonio grew by almost 16 percent over the same period.

Marchant, 68, gave no specific reason for his retirement in a written statement, saying "It is time."

Democrats control the House by 235-197, with two vacancies and one independent. A party will need at least 218 seats to win the majority.

Cornyn has raised more than $10 million this year, far outpacing potential challengers so far. Democrats say he's the type of long-term establishment figure who is ripe for defeat, while Republicans say he's a proven statewide winner who lacks Cruz' polarizing persona that turns off moderate voters.