A mother's difficult choice to visit the emergency room is a decision that may have saved her life.

PLANO, Texas - A mother's difficult choice to visit the emergency room is a decision that may have saved her life.

Her case highlights one of the major concerns doctors have during the COVID-19 pandemic.

Audrey Smith said she was scared to go to the emergency room in the midst of the pandemic, but she's glad she did.

What started off as bad headaches led to an alarming discovery.

Smith's doctor said she could've died had she not gone to the hospital when she did.

“I couldn't sleep because I was in so much pain,” Smith recalled.

The 43-year-old wife and mother of two has come a long way since her near-death experience back in late April.

She remembers getting bad headaches, then her right arm became numb and weak.

Smith's husband rushed her to the ER at Texas Health Plano.

He couldn't go in due to COVID-19 restrictions.

“That's when it really sets in. How difficult it is to be separated from the ones that you love. Not just me, the kids, her mom,” Smith’s husband, Thomas, recalled. 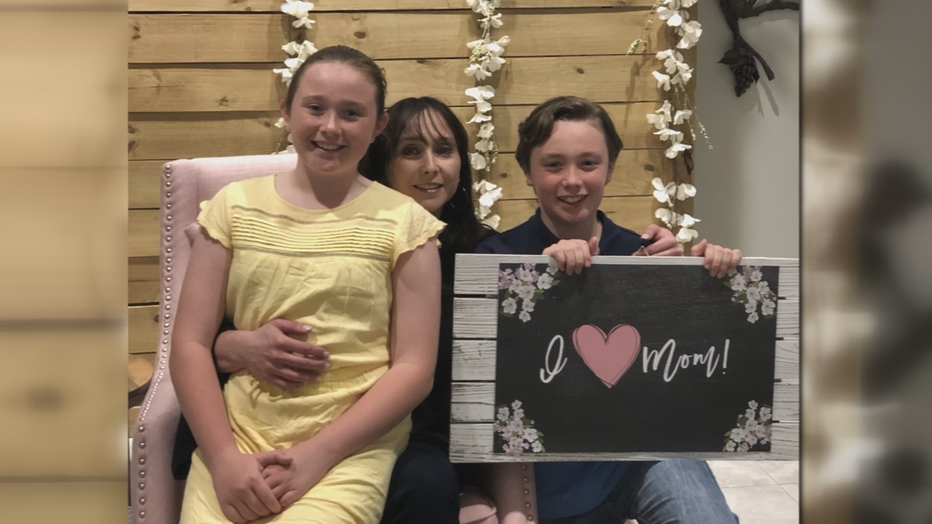 “The last thing I want to do is be in a hospital right now, especially in ICU, the emergency room,” Smith said.

Smith was admitted to the ICU, where she had two strokes.

An X-ray showed Smith had tears in both arteries that go to her brain.

She went into emergency surgery.

Her family was not allowed to visit in-person, and only got to see her through iPads provided by nurses at the hospital.

Smith's daughter made her a card.

“Tough situation. It was good to hug her when she was discharged,” Smith’s husband recalled.

Smith spent five days in the hospital. She's had to learn to write again due to the strokes.

Her shaky handwriting has made a vast improvement due to writing exercises early on.

Her surgeon shared an important message with the public during these unsettling times.

“If you think about what's going on with COVID and the fear of seeking medical attention. You really have to delete that thought from your head,” Dr. Madaelil said. “If you don't get to the hospital soon enough, unfortunately, there's nothing we can do.”

“So thankful to all of the team that worked on me,” Smith said. “It’s a great recovery story I guess for me and my family.”

Smith's surgeon said it's unclear what caused the tear in her arteries.

She has been going to physical therapy every day for the last few months, and is getting stronger every day.

Her message is for people to listen to their body and don't be afraid to seek out help.