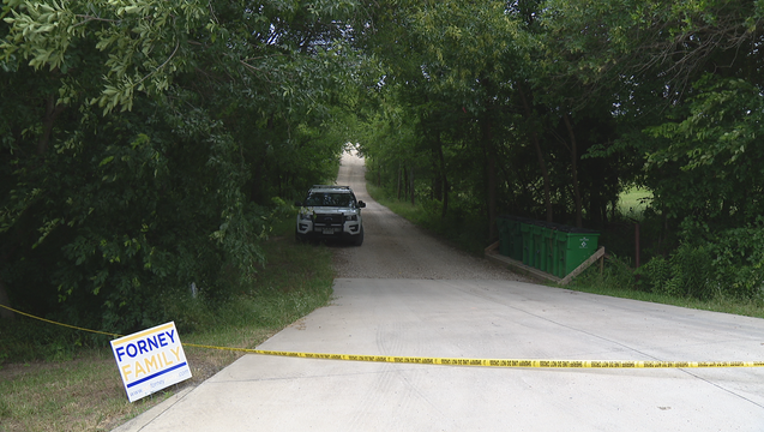 FORNEY, Texas - Authorities in Kaufman County are investigating after they say a homeowner shot and killed an intruder.

The Kaufman County Sheriff’s Office was called at 9:45 a.m. on Thursday about a burglary in progress in the 8000 block of FM 2757, near Forney.

The woman who called police said she woke up after someone banged on her front door.

She didn’t answer the door because she didn’t recognize the man or his vehicle.

A short time later, she heard the back door being kicked in.

She then called 911 and locked herself in a closet, staying on the line with the 911 operator.

While in the closet, she was confronted by the intruder. The homeowner defended herself by shooting the suspect.

When deputies arrived on scene, the intruder, who has not yet been identified, was pronounced dead.

The woman was not injured.

No further details have been released at this time. The Texas Rangers are assisting with this investigation.