A little girl's fight against a severe brain infection is getting support from a North Texas family that knows exactly what she's going through.

FORT WORTH, Texas - A little girl's fight against a severe brain infection is getting support from a North Texas family that knows exactly what she's going through.

Doctors say Lily Mae Avant's infection was caused by a freshwater amoeba from swimming in the Brazos River.

She's now in intensive care at Cook Children's Medical Center in Fort Worth, receiving a drug treatment made possible by a Mansfield family whose son died nine years ago from the same infection.

The 10-year-old didn't feel like herself on Sunday. She had a high fever.

"They got that checked out. There were several viruses running around the school. It was assumed it was a virus because all the symptoms are exactly the same," family friend Wendy Scott said.

But that was furthest from the case, as would soon be revealed.

"It just happened very rapid from there, resulting in being care-flighted to Cook Children's Tuesday, where she's been under care since," Lily’s aunt, Loni Yaden, said. 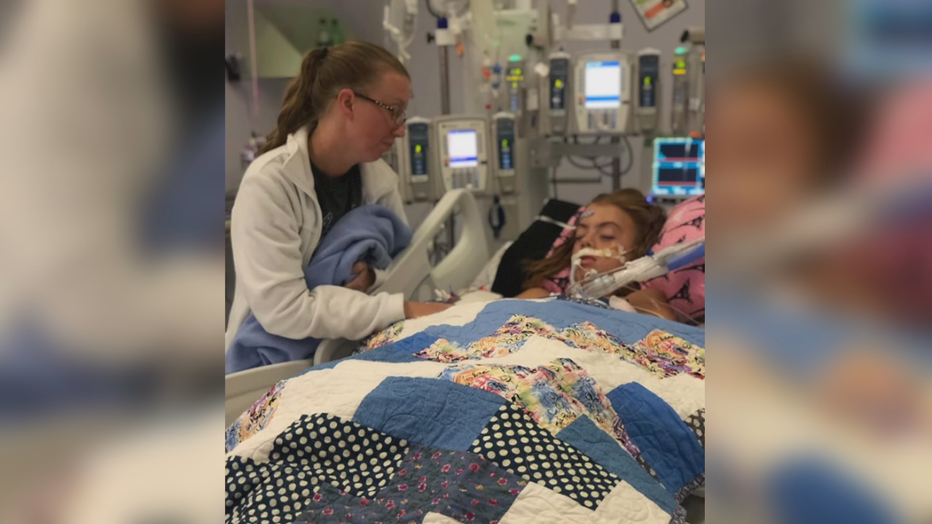 Lily, who lives in Central Texas, has a love for the outdoors. She'd been swimming in the Brazos River during the Labor Day holiday weekend.

A spinal tap revealed she had contracted a very rare and often fatal amoeba that is typically found in fresh water bodies. It enters through the nose and attacks the brain.

People at the hospital are supporting Lily, and say the number five is significant.

"She's going to be number give to survive. We've declared it. We spoke it, on repeat," one person at the hospital said.

Through social media, Lily's family connected with the family of 7-year old Kyle Lewis, who died from the amoeba in 2010.

"He came to Cooks after he had contracted the amoeba," Kyle’s dad, Jeremy Lewis, said.

His parents started a foundation and have worked with the international maker of a drug to fight the amoeba. They got that drug in Cook Children's Hospital.

"Within a year, it was in 20 something hospitals. This was the first hospital in the nation to have it. We wanted it here because Kyle was here," Jeremy Lewis said.

Lily has battled beyond five days now, which is the average span of survival for the amoeba.

"Prayer. She's still here with us and we are still fighting," Lily's aunt said.