With less than 30 days until early voting, the focus in Dallas and Collin counties is to continue to recruit poll workers as both counties add mega voting center locations.

DALLAS - Early voting for the November election begins in about a month.

Due to the pandemic, it starts sooner this year compared to other election years. County election officials are making moves to bring in more and younger poll workers.

With less than 30 days until early voting, the focus in Dallas and Collin counties is to continue to recruit poll workers as both counties add mega voting center locations.

Politicians say this is the most important election of our lifetime. North Texas election officials say the turnout is expected to be very large. 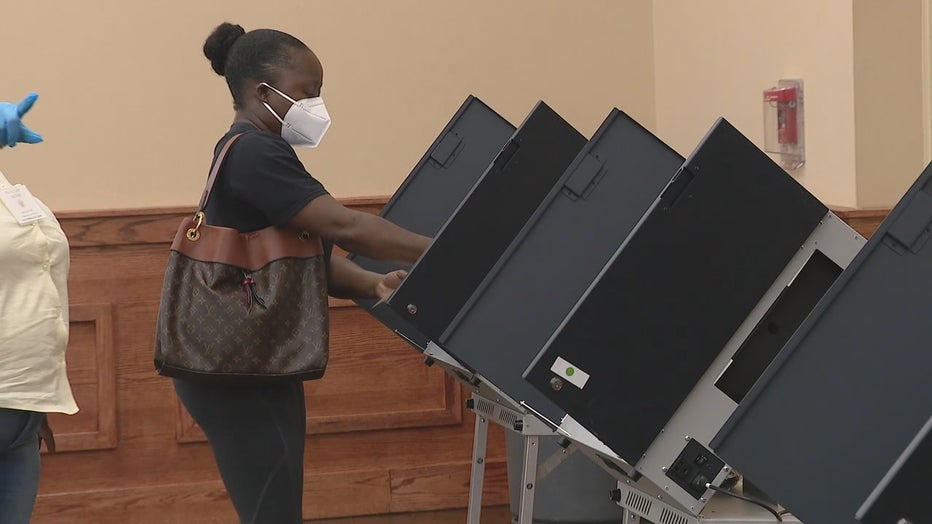 Collin County commissioners voted Monday to increase the pay for poll judges, alternates and clerks by a couple of dollars per hour. The county is also opening mega voting locations.  The Allen Event Center is one of them.

Collin County Elections Administrator Bruce Sherbet says the Allen Event Center will be able to take in about 40,000 just during the early voting period.

“Allen Event center is the biggest location we have, but the colleges have allowed us to use their conference centers,” Sherbet said. “Some of the other buildings that we use, we have their largest room available.”

Dallas County will also have mega voting centers. Its largest location is the American Airlines Center.

“AAC is early voting. We have changed that from Election Day only to early voting,” said Dallas County Elections Administrator Toni Pippins-Poole. “We think that will help also. people know where it is. There is transportation for it.”

Pippins-Poole says the office has received about 5,000 applications for poll workers in the last three weeks.

“We are seeing a much younger age than 65. We are seeing that category of 25-35 group,” she said. “We have about 545 students that have applied, and that’s pretty good as early as it is.”

Sherbet says in 2016, about 83 percent of the people who voted in Collin County did it early.

In Dallas County, that number was about 60 percent.

Both counties expect early voting to possibly exceed 2016 and 2018 numbers.

“This is the first time we've had a major election where we have vote centers where you can go anywhere in Dallas County and cast your vote,” Pippins-Poole said.

Dallas County is also looking at the theatre at Grand Prairie as another mega voting center.