Emma Charlott Barron says she has lived in the U.S. since she was 7 years old and is one of the hundreds of thousands of Dreamers across the country.

“DACA recipients, they bring a great value to this country,” she said. “This sentiment that immigrants are a burden and realizing that we contribute in more ways than just financial and seeing how those contributions have ramifications for all of society.”

Barron has been a part of the North Texas Dream Team since 2012, helping others like her apply for DACA and work permits. For her, Thursday’s win is monumental.

“It definitely feels like I can take a sigh of relief, but not take it for too long,” she said. “Just because this victory, while it should be celebrated and definitely it's important, we don't want to take our eye off the ball, which is immigration reform and the funding of agencies like ICE that terrorize our communities.”

According to immigration attorney Jiroko Lopez, the ruling has major implications for those under the DACA program as well as those looking to apply for the first time.

“DACA still stands, so the big takeaway is that those who have DACA still have DACA, which is great,” Lopez said. “Renewals are going to continue like they've been. Initial DACA, that's a huge thing. So the Trump administration was not letting DACA applicants apply again initially, so now applicants are able to do so again initially.” 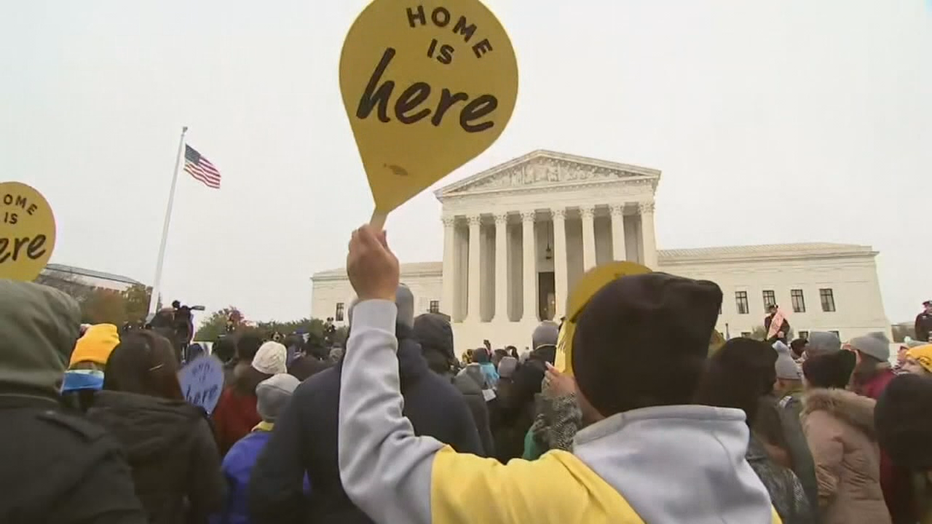 Lopez also says the ruling also means DACA recipients can apply to travel outside the country.

“And that's a big deal. Because if you travel outside the country and come back with this legal parole, that means that you may be eligible to apply for residents through a family member in the country and not have to leave. That's a huge deal,” Lopez said.

Although first time DACA applications may be allowed to start up again, Lopez recommends getting the necessary documents together but holding off on applying until they get more guidance from U.S. Citizen and Immigration Services.