Some North Texas business owners believe the president and health officials are rushing to judgment before better research is done.

The move comes among increased reports of vaping-related lung illnesses and at least six deaths nationwide. The federal government is warning people to stop vaping until more research is done.

Some North Texas business owners believe the president and health officials are rushing to judgment before better research is done. 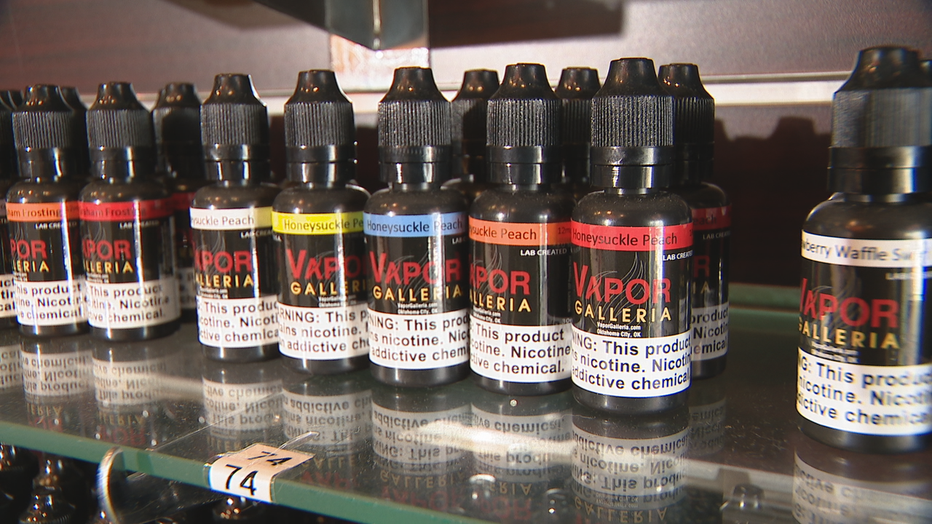 The Trump administration wants to ban all non-tobacco flavored vaping products. The president made the announcement Wednesday with the acting FDA commissioner and Health and Human Services secretary.

“A lot of people think vaping is wonderful. It's great,” President Trump said. “It's really not wonderful. That's one thing we can say definitely.”

This comes after the Centers for Disease Control and Prevention reported more than 450 possible cases of vaping-related lung illnesses in 33 states, including six deaths.

This week in Texas, a 17-year-old Tyler girl was taken off a ventilator after being on life support. Her family blames her two-year vaping habit.

“Kids are getting access to these products in spite of our best efforts in enforcement,” said Alex Azar, Health and Human Services Secretary.

Ed Williams owns 10 vaping stores that are mostly in Texas.

“I think it's a knee jerk reaction by the president,” he said.

Williams says his stores follow strict guidelines and won't sell any product to anyone under the age of 21. He says most of their products are not targeting to youth.

“We went away from the flavors that said Skittles or candy-related things,” he said.

Williams thinks it's irresponsible of the president to, as he says, "wave a magic wand" and potentially put thousands of people out of business. The president addressed that concern.

“Vaping has become a very big business, as I understand it. Like a giant business in a very short period of time,” Trump said. “But we can't allow our people to get sick, and we can't have our youth so affected.”

No single device, ingredient or additive has been identified by the CDC as the cause for this recent rash of illness.

The FDA had previously warned people against buying vaping devices "off the street" or adding THC or any other substances to products bought in stores.

“There's been nothing proven so far,” Williams said.

The administration says it'll take weeks to enforce the policy, and there will likely be a 30-day delayed effective date.

Tobacco-flavored e-cigarettes would have to file for FDA approval by May 2020.